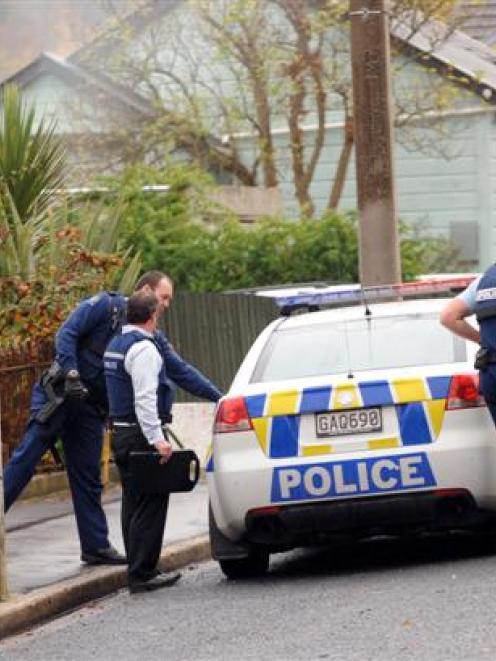 Around a dozen police, including armed officers, CIB and members of the proactive policing team, executed search warrants on addresses in Malvern and McGlashan Sts, at 7.30am.

Constable Dean Pearce told the Otago Daily Times the warrants were in relation to a fraud matter.

Stolen property and cannabis were also recovered as part of the operation.

Five associates of Mongrel Mob Aotearoa have been charged, and are likely to appear in court next week.

A 40-year-old female was charged with several counts of receiving and one of possession of cannabis for supply.

Const Pearce said the property recovered from the addresses included two mopeds, a television and a laptop computer.

The electrical items related to a burglary in the greater Dunedin area.

He said the fraud matter related to a stolen card, but declined to divulge more details, as the matter wasnow before the courts.

The search warrants and arrest were unrelated to an operation this week, which resulted in the arrest of 10 people, including six Dunedin members of the Mongrel Mob Notorious gang, Const Pearce said.