It is the sweet smell of success rather than that of rotting flesh which is perfuming the nostrils of Dunedin Botanic Garden staff after the successful propagation of their corpse flower.

Three full trays of seedlings are the fruits of their labours and represent the first time someone has successfully self-pollinated the plant (Amorphophallus titanum) in New Zealand.

Pollen was gathered from the plant’s foetid flower when it bloomed for the first time in 2018, and stored in a freezer at the University of Otago’s botany department at -80degC.

When the plant flowered for a second time earlier this year, it was pollinated with the frozen specimens, resulting in the plant fruiting. 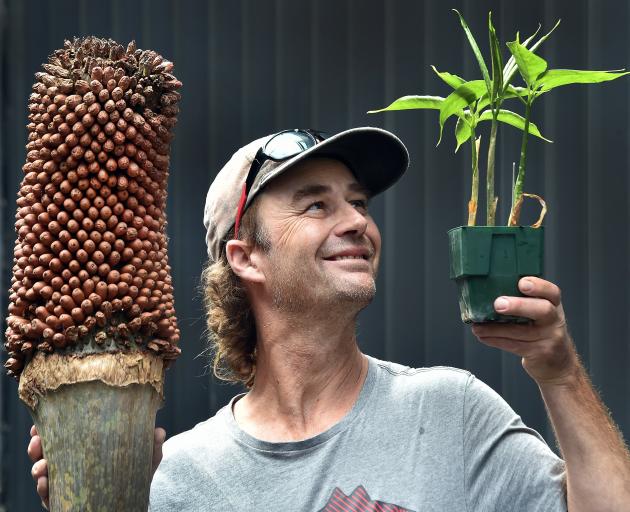 "We weren’t sure if the seeds were even going to be viable, being self-pollinated, but they popped up."

The seedlings were 10cm-15cm tall after three months, and if they continued to develop as expected would likely be shared with other botanic gardens around the country. 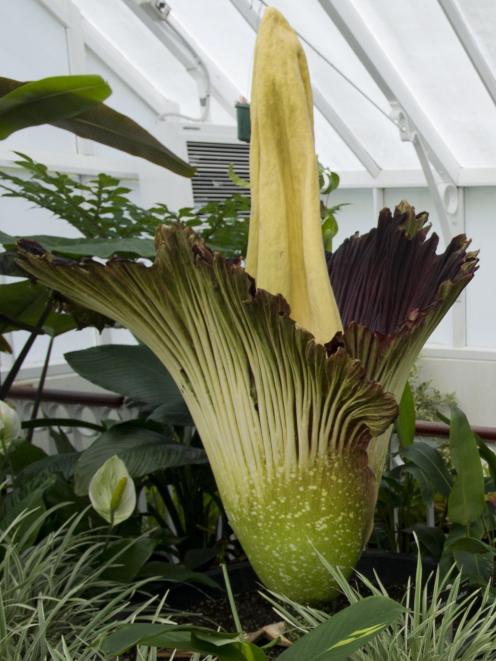 The corpse plant was pollinated when it flowered in January this year.
The corpse flower is endemic to Sumatra, in Indonesia, and habitat loss has resulted in the plant being classified as endangered.

Associate Prof Janice Lord, of the university’s botany department, said proving the corpse flower’s pollen could be stored at extreme cold temperatures and remain viable for pollination was "internationally significant".

It was also pleasing to prove that self-pollination could result in seedling, although the plants would continue to be monitored for inbreeding depression.

With the plant going years between flowering, self-pollination would provide new opportunities for propagation of the species where other plants were not available. 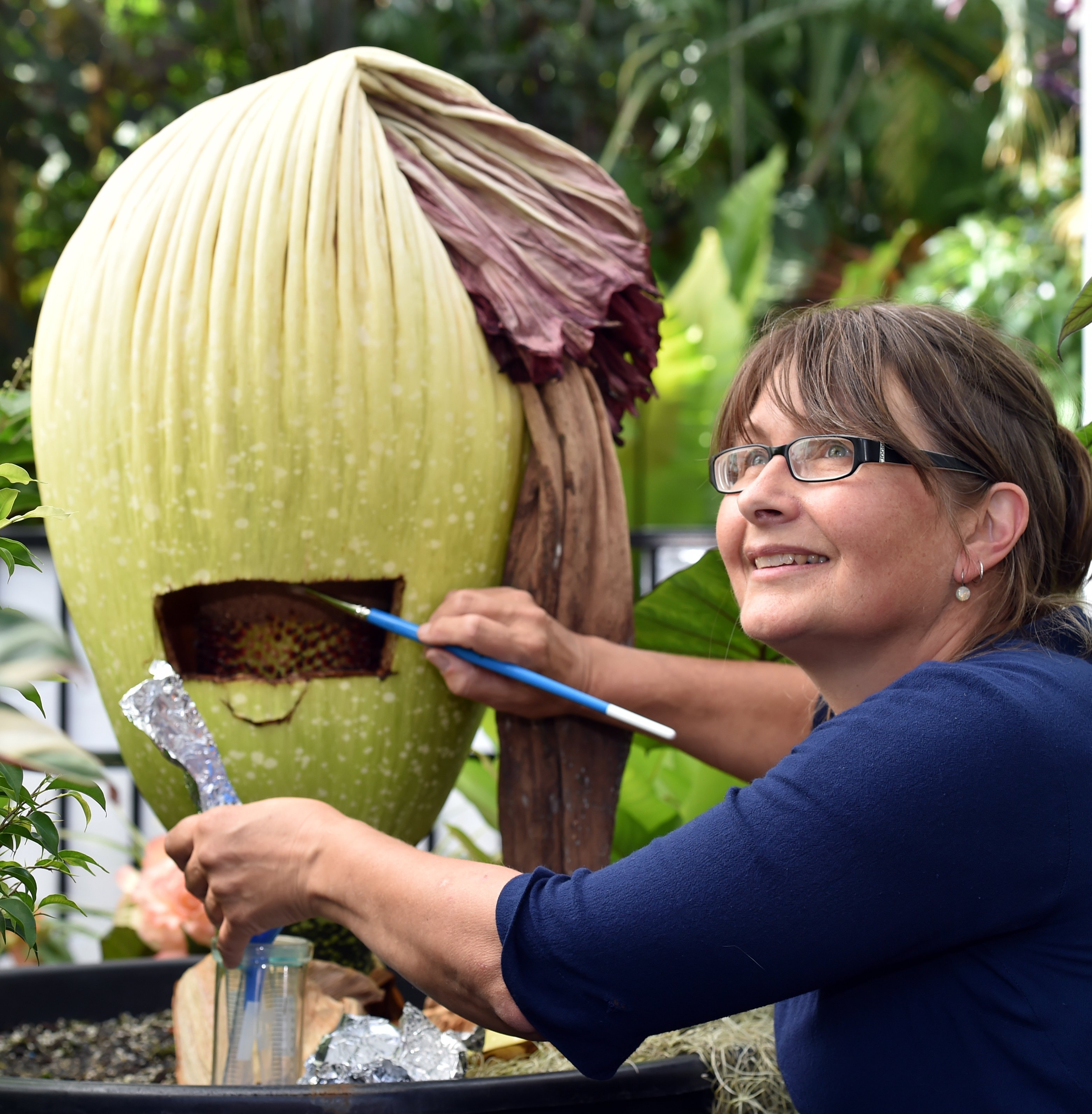 Associate Prof Janice Lord, of the University of Otago’s botany department, gathers pollen from the corpse flower in 2018.
The goal now was to co-ordinate with the Auckland and Christchurch botanic gardens, which also have corpse flower specimens.

The next time their plants were set to flower, they would be poised to head out with their frozen pollen to attempt to cross-pollinate with another specimen.

Congratulations, Stephen Bishop and Assoc Prof Janice Lord and everyone else involved in this amazing experiment that has succeeded! Best wishes for next time, breeding "our corpse" with another to spread the success. It's great to aim for best genes to survive so that vigorous plants will become common enough to evade extinction through destruction of their native habitat. Un-nature has to take over when humans destroy any part of nature. Here's hoping 2022 will see more understanding that all habitats have value even when they don't produce palm oil or timber or have minerals underground.