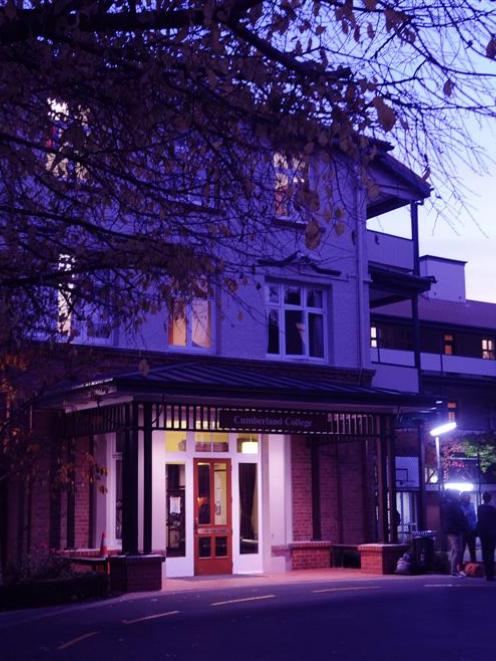 Cumberland College. Photo by Peter McIntosh.
A "sighting"of a ghost known as the Grey Lady has terrified residents at Cumberland College, and staff have called in the University of Otago chaplain to calm students at the hall of residence.

Students at the college, which accommodates more than 300, said a significant number of residents had slept with their lights on and shared rooms with other students in the aftermath of the sighting.

The "ghost" has been linked to the story of the Grey Lady, which in one account involves a tragedy at the now closed and nearby Queen Mary maternity hospital.

The story goes that the woman haunted a nurse who stayed at Cumberland College when it was a nurses' home, after the nurse took her baby for being an unfit mother.

College resident Mareck Church said the "ghost sighting" happened on the night of Saturday, May 5, when two female health science students noticed a weird smell and a chill in the air as they walked down the hallway after coming back to the college from studying.

"One of the girls saw a black figure beside the fire hydrant, turned to the other girl to point it out and as they both turned round, they felt a cold whoosh of air pass them," Mr Church said.

The two women were left very shaken after the incident and immediately told the college's deputy head, Rosemary Tarbotton.

In the week following, a "substantial number" of female students at the college had slept with their lights on and shared rooms with other students.

Some of the other students, Mr Church included, took advantage of the situation to play pranks on other residents, including going around the corridors with pillowcases over their heads.

The situation had calmed down since staff arranged a blessing on May 10. 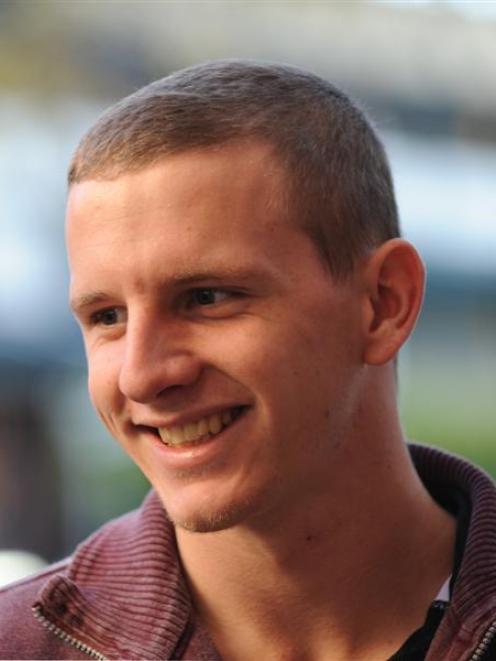 Mareck Church.
University chaplain the Rev Greg Hughson said he and a local kaumatua were brought in to calm students after they had been through a "genuinely frightening experience".

In his 12 years as university chaplain he had twice previously been asked to do blessings after "ghost sightings".

Resident Catherine McKessa said students had noticed "other things" since the initial incident. Another girl had seen a black figure at the end of her bed.

Owner-operator of Dunedin ghost tour company HairRaiser, Andrew Smith, said there were a couple of stories involving the Grey Lady and there had previously been sightings at the recently moved psychiatric unit in Dunedin Hospital, as well as at the site of Dunedin's first hospital.

It was "very fashionable" to name ghosts the Grey Lady in Victorian times, Mr Smith said.

"It was believed that a new ghost would be quite bright white and that over time, as the ghost was seen more often, it would fade to a greyish colour."