By Riley Kennedy
0 Comments
It is citrussy with raspberry bun notes.

Two Dunedin women — whose only previous knowledge of alcohol was drinking it — have established New Zealand’s first distillery to produce gin and vodka from waste bread and bakery products.

Sue Stockwell, who had a 45-year career in nutrition and food service management, and Jenny McDonald, whose background was in health science, IT and tertiary education, have launched Dunedin Craft Distillers. 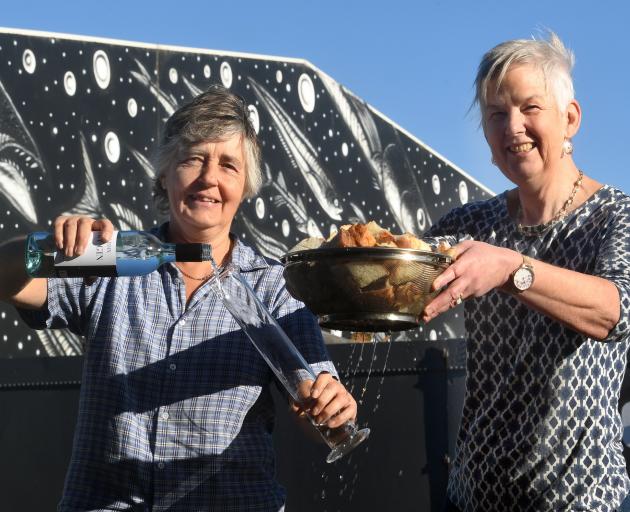 "We were either silly enough, or I don’t know what you would call it, to explore it a little bit further," Ms McDonald said.

"And we discovered nobody in New Zealand was doing it ... so we started from there."

The aim was to be as environmentally friendly as possible.

Instead of buying grain or whey-based alcohol from the dairy industry, the pair made their alcohol from scratch, using rainwater collected from Mt Cargill to provide more flavour.

They recently moved into new premises in Roberts St.

Just under 3000 tonnes of bakery goods — including, on a per capita basis, about 80 tonnes from Dunedin — from supermarkets ended up in landfills each year, University of Otago research showed.

After a two-week fermentation process, the bread-based alcohol was infused and distilled with a blend of traditional gin botanicals, and the by-product from the gin could be used to make sourdough bread.

They were also developing a bread-based vodka.

Mrs Stockwell said the business was put together the wrong way.

"We didn’t spend a lot of time thinking about our branding other than knowing we wanted it to be simple.

"Now we have the product and we are looking on building on the simple idea and smartening up our branding.

"So it was a little upside down but we wanted to make sure what was in the bottle was bang on before we did anything else."

Ms McDonald described the investment in equipment as "put together on the smell of an oily rag".

"We did that to really get the proof of concept under way and see what the market was like," she said.

Mrs Stockwell said there was some discussion about the name of the business.

"Bunch of bats was one but we settled with the conservative name," she said.

At the moment, the gin was sold online but would be available at the premises once they obtained an off-licence.

Long-term plans were to get bigger and "take more of a bite out" of the bread wastage, Ms McDonald said.