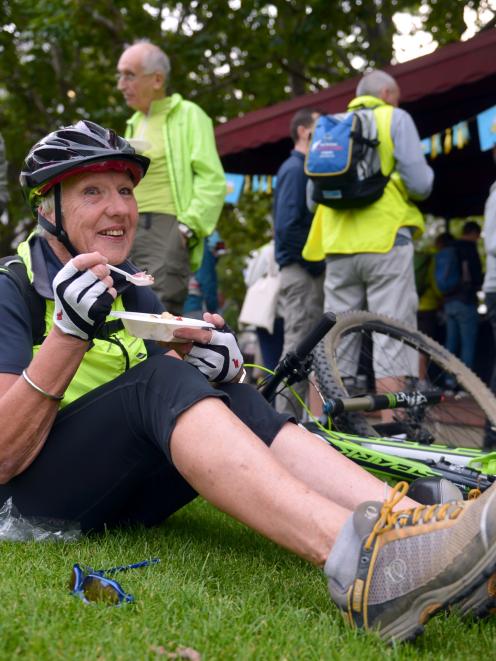 Event co-ordinator Carol Tippet said the event provided a relaxed and friendly atmosphere where different members of the cycling community could chat about the state of cycling in the city.

The breakfast was part of Go By Bike Day, a one-day annual event where thousands of New Zealanders ditch cars, trains and buses, and cycle to work or school.

''It's a really good exercise opportunity,'' she said.

''We all need to do half-an-hour's exercise each day. It saves money on petrol, it gives you a general sense of wellbeing for the day, and it's good for the environment.''

The event was run by Spokes Dunedin. The volunteer cycling advocacy group was founded in 1996 as an affiliate of the New Zealand Cycling Advocates Network, and represents all those who ride bikes or would like to ride a bike in the city.