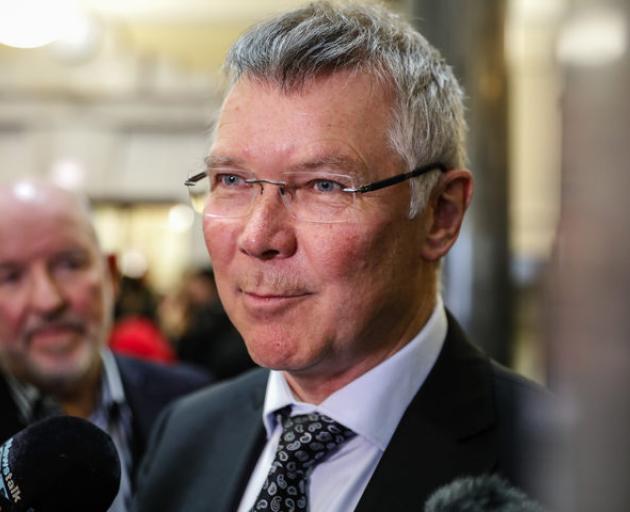 The Otago Regional Council confirmed in a statement this morning the investigation had been launched over concerns the council is not prepared for the coming influx of water permit replacement applications.

Council chairman Stephen Woodhead confirmed it was co-operating with the Ministry for the Environment on the investigation and released a letter from Mr Parker.

The investigation related to the council’s capacity to deal with 100-year-old mining water rights which need to be replaced with Resource Management Act consents by 2021.

The news comes after a council report leaked to the Otago Daily Times  last month said the council was "ill prepared" to process the coming influx of water permit replacement applications.

In the letter addressed to Cr Woodhead, Mr Parker said he would decide on what action, if any, to take after he received advice after the investigation was completed.

"For the avoidance of doubt (and because the media is likely to ask), it is not my intention to replace the ORC with commissioners," he said.

He recognised the issue was complex and not of  "your council's immediate making".

"However, this issue remains unresolved after 30 years and I want to do what I can to help."

The investigation would focus on whether the council "has, or will have" the appropriate framework in place to consider applications for new permits before the old ones expire.

"It will also look at what support the council might need to achieve this."

Cr Woodhead said it faced a  "unique water management challenge, with hundreds of deemed permits arising from 19th-century mining operations due to expire in 2021".

"We have a plan in place to work through this. Hon David Parker, the Minister for the Environment wants to make sure we are on track, and has appointed Peter Skelton to look into this.

"We will of course cooperate with this investigation and show what we are doing to meet our obligations under the Resource Management Act.

The report leaked to the ODT last month said despite the change being on the radar for many years, "steps have not been taken" to ensure there was sufficient knowledge and capacity in its team to handle the applications, it said.

"In our view the council is ill prepared to process the impending volume of complex deemed permit replacement applications that will be lodged over the next two years."

The deemed permit replacement work has been one of the council’s most high profile and contentious projects.

The report said there was no clarity as to what minimum flows were likely to be in respect to these applications.

Council staff also seemed unsure how many applications it would receive.

A statement from Fish and Game stated it welcomed the decision by Mr Parker.

"Fish & Game welcomes that the Terms of Reference specifically say the review must include the views of the Otago Fish and Game Council. We look forward to working with Peter Skelton CNZM as he conducts this important review.

"Regional Councils must ensure that New Zealanders are not robbed of the ability to swim, fish and gather food from their local waterways. For too long, local authorities have failed to balance irrigation interests alongside their responsibilities to protect the environment for future generations," Mr Taylor said.

Expand the investigation on into the DCC and other areas and see how they are lacking, waste coin and don't listen.

Mr Taylor of fish n game are on his last legs. He will be rolled as he was in his last job as a rest home manager.

The ORC have such a bad reputation from rural and urban residents.

The investigators should take a look at un-elected representatives being given voting rights while they are there. The maintenance of democracy is tantamount to fair representation for all.