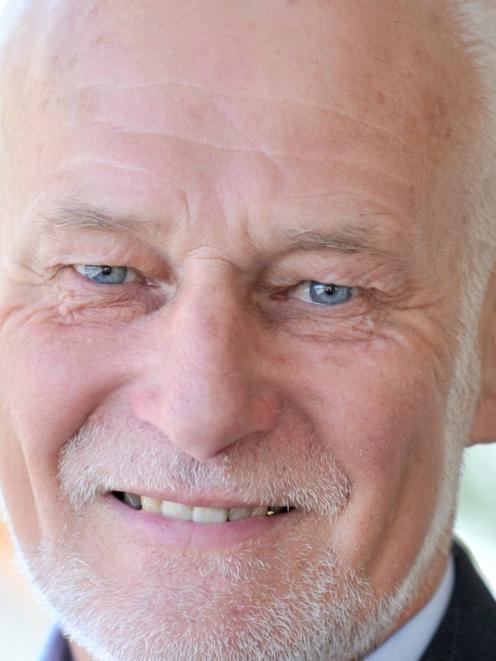 Mr Hodgson made the comments after looking over a second batch of documents on AgResearch's Future Footprint Plan released to the Otago Daily Times under the Official Information Act (OIA) by the Ministry of Business, Innovation and Employment (MBIE).

The almost 200 pages of documents give further detail of just how heavily involved the Government was in the plan. MBIE staff and Minister of Science and Innovation Steven Joyce gave AgResearch direction over its building layout at the proposed Lincoln hub.

AgResearch chief executive Tom Richardson disputed Mr Hodgson's reading of the documents, saying: ''At all times, AgResearch has been transparent and honest in its communications with staff, stakeholders and the minister.''

A spokesman for Mr Joyce said Mr Hodgson's comments were ''wrong and misleading''.

The AgResearch briefing paper gives details of how staff consultation had progressed, but failed to say its own change management team (CMT) report recommended growing Invermay's genetics capacity, rather than shifting staff to Lincoln.

''That advice to the minister was sufficiently slanted that I would label it misleading, if I ever received advice like that.''

An example of the Government's involvement in AgResearch's plan could be seen in a letter sent to AgResearch from Mr Joyce and Associate Minister of Finance Jonathan Coleman in April accepting its proposal.

''We note that the proposed plans for capital investment in facilities and infrastructure, outlined in the Future Footprint business case submitted in October, do not reflect the more recent work on establishing an integrated innovation hub at Lincoln.''

It goes on to say that MBIE officials would ''continue to work closely with you on this proposal''.

Mr Hodgson said this, and other documents, showed just how involved the Government was in AgResearch's Future Footprint plan, especially when it came to the Lincoln hub.

The ministers' April letter also talks about the Government having to give the plan ''final approval''.

''We look forward to receiving full and final plans for both Lincoln and Grasslands hubs. If these are satisfactory, we will grant final approval to proceed with the required capital investment,'' the ministers say.

Mr Hodgson said it was his impression that this ''final approval'' was given in a letter sent in August by a MBIE official, saying: ''The ministers have given full consent for AgResearch to proceed with the farm sales proposed in the Future Footprint business plan.''

A spokesman for Mr Joyce said the ministers approved AgResearch's Future Footprint plan to proceed to consultation in April.

''AgResearch is currently engaging with its stakeholders on this plan, following consultation with its staff and, as such, no final decisions have been made.

''The Government does have influence over the final proposal but would be wary of rejecting the considered views of the appointed AgResearch Board and its key client stakeholders, who are the organisations that pay for the research that it does,'' he said.

On the minister's support for a Lincoln hub, the spokesman said ''it's no secret the Government has been involved across multiple agencies and departments''.

''The minister is a supporter of the hub concept in general and the Lincoln hub in particular, which is not just about AgResearch.

''It is about the post-earthquake redevelopment plans for Lincoln University, the development of the Plant and Food and Landcare campuses at Lincoln, and the attraction of private sector R and D facilities, as well as AgResearch's Future Footprint plans,'' he said.

Mr Joyce would continue to be updated on AgResearch's plans.

Another piece of correspondence from AgResearch chairman Sam Robinson mentioned the idea of the Dunedin City Council, Otago Regional Council and University of Otago ''working together'' to create an ''environmental/farm systems'' cluster around Invermay.

The idea was discussed at a meeting between AgResearch and representatives from the city council on September 23.

Questioned about the meeting, Mr Cull said such an idea was discussed, but it was ''stretching things to say that we were going to work together'', and it declined to put out a shared press release supporting a cluster, because of lack of common ground.