Gresham shows what it’s made of 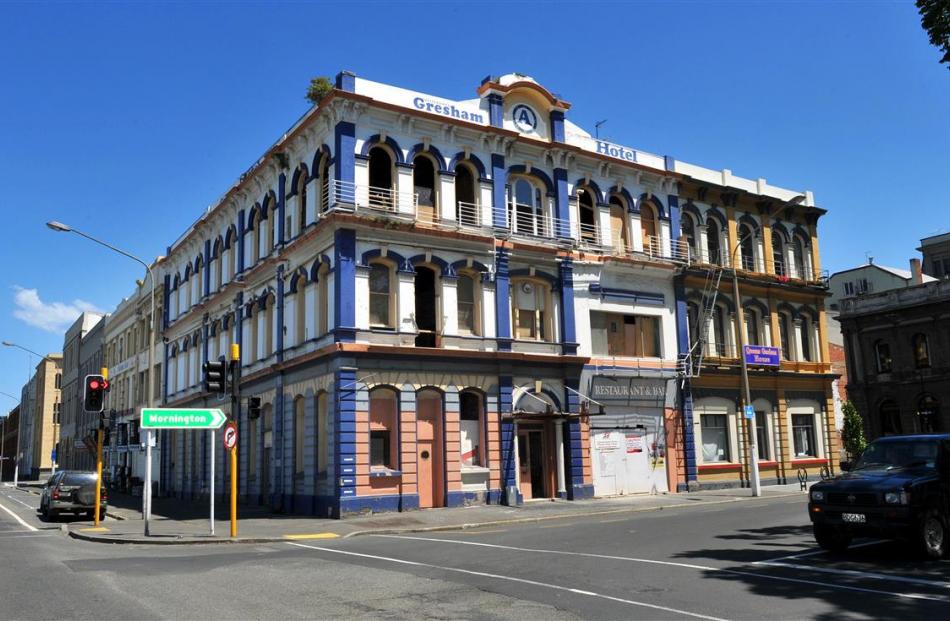 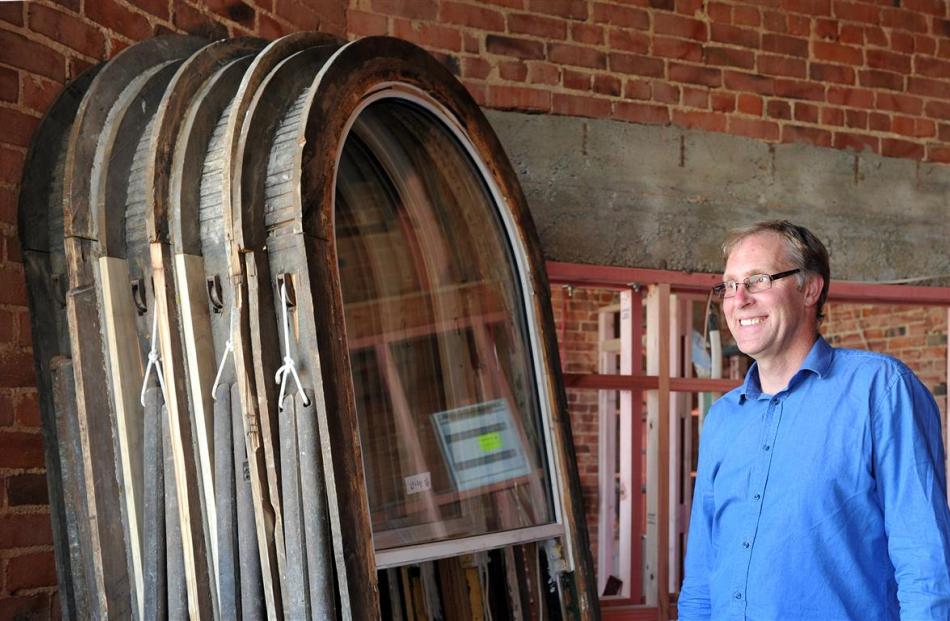 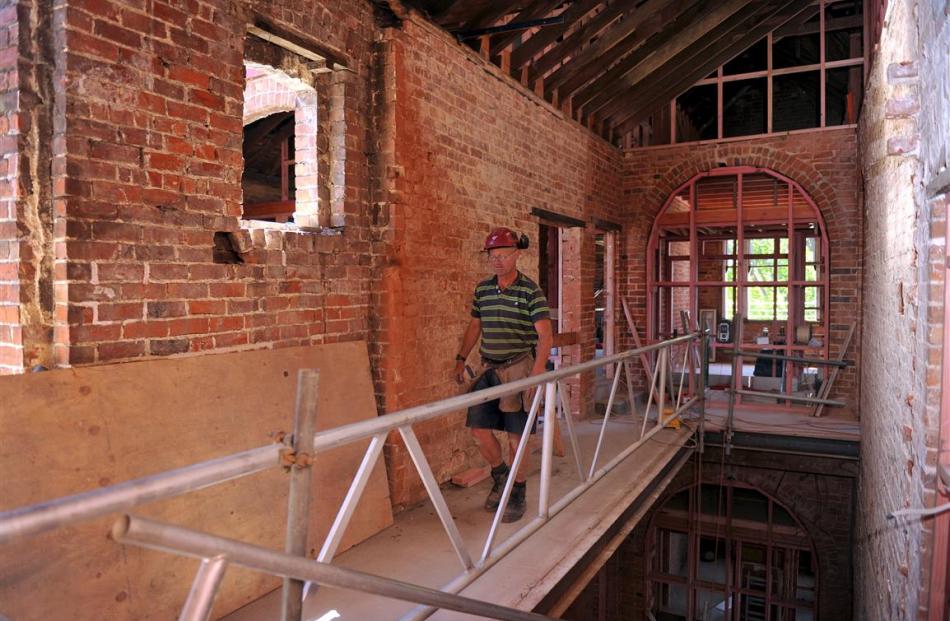 Grant Homan is one of the team breathing life into the 135-year-old hotel. 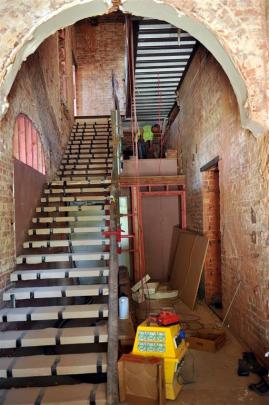 The stairway and atrium in the apartments’ entranceway, with the building’s brickwork still to be sandblasted and cleaned. 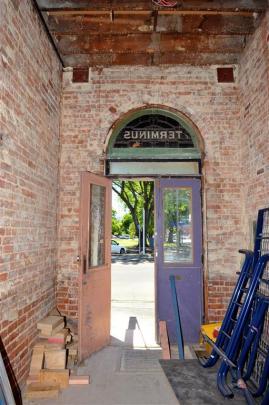 An original ‘‘Terminus’’ glass feature uncovered from beneath layers of plywood. 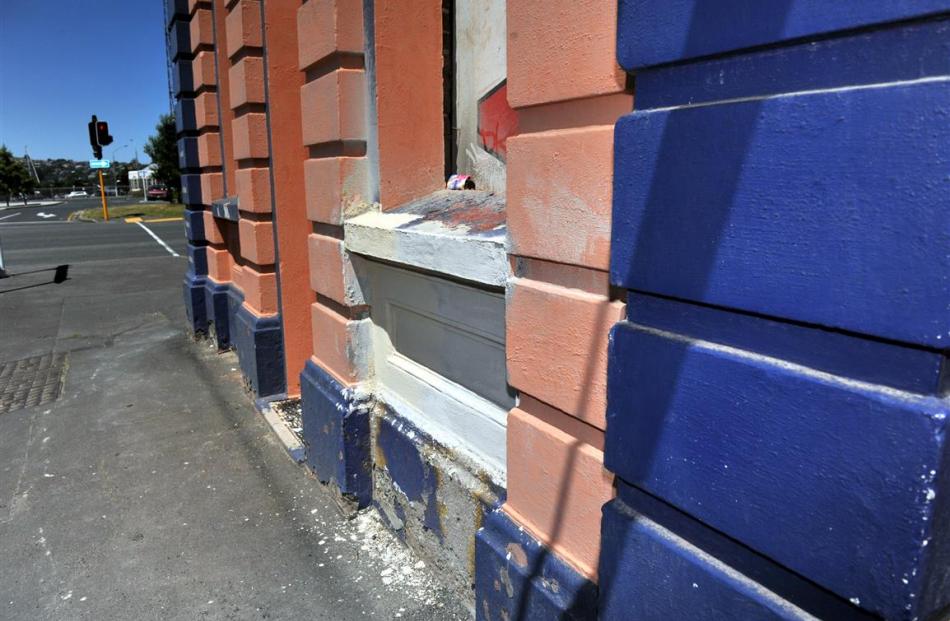 The building’s original concrete render will soon be on display when the current exterior is stripped back next month. 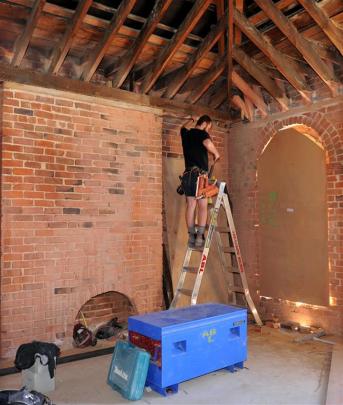 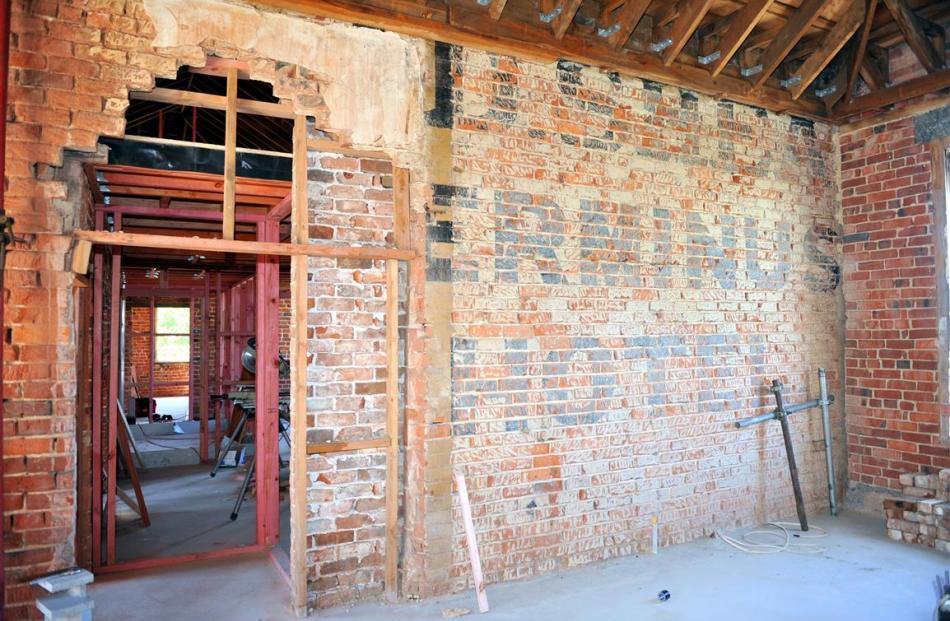 A painted sign on what was originally an external wall of the then Terminus Hotel.

Restoration of the historic Gresham Hotel building is forging ahead.

Scaffolding will envelop the 135-year-old building from January 11 and stay in place for about two months, owner Stephen Macknight said yesterday.

The Gresham's blue, yellow and white paint was to go, and in its place, the original rendered white concrete-over-brick exterior will be left exposed.

Work to date had included clearing it of debris, earthquake strengthening and the finalising of apartment layouts. Many services had also been installed.

Most of the interior was now ready for "lining and fitting'', Mr Macknight said.

The Gresham had operated as a hotel, with accommodation, until its closure about 10 years ago but it would now be converted to eight apartments on the first and second floors, and as-yet unspecified commercial tenants on the ground floor.

The four second-floor apartments would have the building's original roofing timber exposed and varnished as a ceiling, with the roof level being lifted so it could be insulated.

Each apartment would have a juliet balcony.

The four apartments with access to the building's original light shaft would have extra balconies above that space.

The original oregon pine window frames from the top floor had been retained, with new double-glazed windows added, and the kauri and rimu ceilings of the first floor had been exposed and varnished.

Numerous alterations had been made over the years, with one room having five separate ceilings installed below the 1880 original, Mr Macknight said.

All those additions had been removed and the building's brick bones would be sandblasted and left exposed.

"Where we can, we're going to leave the fabric of the building and show what it was made of.''

Mr Macknight said he hoped the apartments would begin to "come on stream'' within the next four to five months, with attention turning to the ground floor commercial areas "later next year''.

The former Terminus Hotel opened in 1880, although an extension was added some years later.

On completion, it was the only building in the area, being constructed on recently reclaimed land across the road from the city's Cumberland St railway station.

A July 1880 Otago Daily Times report on the hotel said it was being built by "Mr Philp, who is so well known in connection with the Shamrock hotel''.

The new hotel included a ground floor with a bar, two parlours, a kitchen and a "handsome railway waiting room''.

The first floor housed the dining room, a parlour and apartments, while the top floor boasted three private parlours, 10 bedrooms and a bathroom.