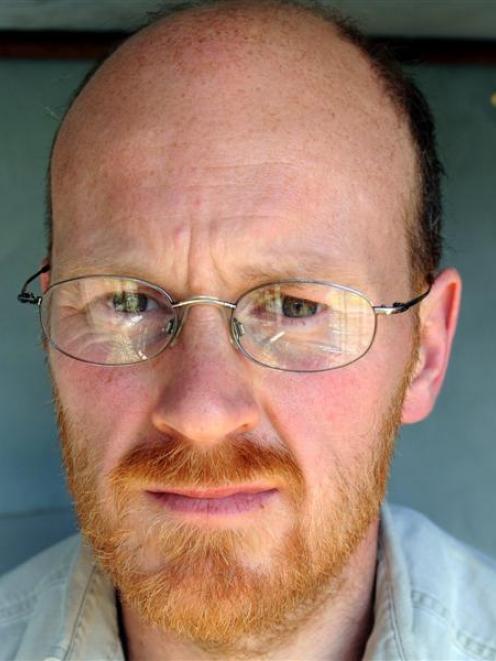 Carl Scott
The International Rodeo could be barred from returning to Forsyth Barr Stadium if the Dunedin City Council agrees to a plea from animal rights group Safe.

The group's Dunedin co-ordinator, Carl Scott, yesterday petitioned the council to follow the Auckland council's lead and ban rodeos from all council-owned land and facilities.

Mr Scott told councillors at yesterday's public forum rodeos were cruel and brutal ''displays of dominance'' that left animals terrified and, in some cases, injured or needing to be euthanised.

The ''barbaric spectacle'' was all in the name of entertainment, but was ''not fair'' for the animals involved, he believed.

''There's nowhere to run to. Just pain, fear and confusion. How could you not be terrified?''Rodeos had been banned in other places, including parts of the United States and on publicly owned land in Auckland. Circuses featuring exotic animals had been banned from council land in Dunedin, he told councillors.

That ban should be extended to include rodeos, and was a movethat would win public support, he argued.

''I think there will be very few people who will disapprove of a ban,'' he said.

Mr Scott's plea came after he led a campaign by Safe (Save Animals From Exploitation), calling for members of the public to boycott the International Rodeo which was held at the stadium on November 17 last year.

However, the rodeo's production manager, Fred Doherty, said at that time no participants or animals had been involved in accidents during the five years the rodeo had been running.

New Zealand rodeos followed the National Animal Advisory Committee guidelines, and all animals werechecked by veterinarians before and after rodeos, he said.

A opinion piece by Mr Scott arguing against the rodeo, publishedin the Otago Daily Times days before the event, also drew a rebuttalfrom United States rodeo announcer Kedo Olson, who argued the animals involved were athletes and well cared for.

The event drew a crowd of 7500 people - about half that hoped for - but organisers had indicated the rodeo was profitable and could return to Dunedin.

No animals or riders were injured during the event, Mr Doherty said.

However, Mr Scott told councillors yesterday that, without a ban,the organisers would face ''continued and increased opposition from us''.

Cr Fliss Butcher praised Mr Scott's plea, and said she was ''100% with you'', but Cr Kate Wilson questioned why rodeos - and not equestrian or greyhound racing - were being targeted.

Mr Scott said that reflected limited resources, but other groups were focused on other areas of animal welfare concern.

''This is just something that's happening in our town at this time,'' he said.

Cr Teresa Stevenson said she wanted a report from council staff on the pros and cons of any ban, which could be ''interesting''.

Mayor Dave Cull said there appeared to be ''a number of councillors around the table'' who would support a ban, but suggested any councillor who was interested in such a move should bring the matter to a council committee for further consideration.