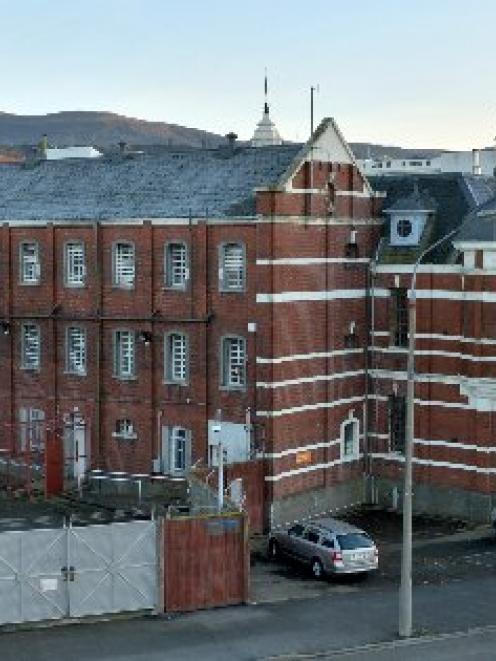 The Dunedin Prison was decommissioned in 2007. Photo by Gerard O'Brien.
Guided tours of the historic Dunedin Prison will begin next Saturday, the trust behind the new venture has confirmed.

The Dunedin Charitable Trust bought the 116-year-old prison for $20,000 in June, after Ngai Tahu deferred its Treaty right to buy the surplus property.

The prison was largely in the same condition as when it was decommissioned five years ago, but cleaners had recently gone through the property, and most of the lighting was now working.

"It's much more pleasant to walk around now," trustee Sarah Girvan said.

The trust planned to raise $2.6 million to turn the courtyard into an outdoor dining area, set up a prison tour experience and convert the former wardens' office into office and venue-hire space.

Money raised from the tours, which attract a donation of $10, would go towards the prison's conservation.

"To be honest, we never planned on public tours this early. It seems we underestimated the positive public interest."

A prison trustee would lead the tours, and groups would be accompanied by a former prison guard.

The first tour of up to a maximum of 15 people would be held on October 13, tours continuing every Saturday and Tuesday until the end of the month.

The midday tours, which attract a donation of $10, were expected to take around 40 minutes.

The Victorian-style courtyard prison was decommissioned in 2007, as it did not meet Department of Corrections security standards, and replaced by the Otago Corrections Facility at Milburn.

At the time of its closure, the prison accommodated about 59 medium-security prisoners and 40 remand prisoners.