Hanssen banned from running a company 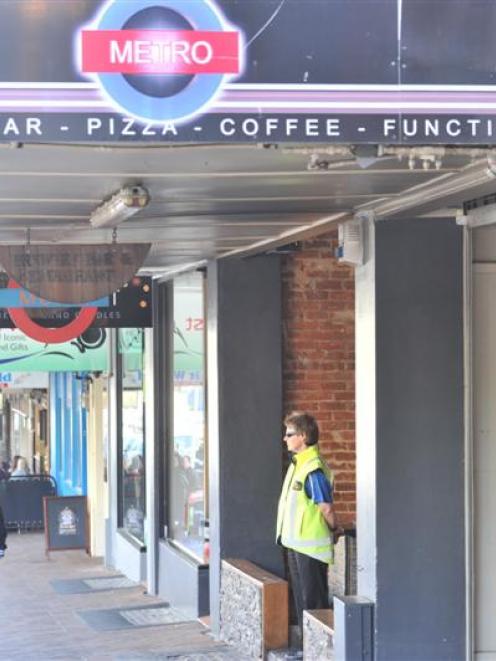 A security guard stands outside the Metro Bar, the bar run by former bankrupt Ben Hanssen. Photo by ODT.
A former Dunedin bar owner who left a trail of creditors throughout the South Island has been banned from operating a company for eight years.

An email from the Ministry of Business, Innovation and Employment to a creditor, obtained by the Otago Daily Times, reveals Mr Hanssen and his partner, Kerry Thompson, were now banned from operating a company.

The pair, who could not be reached for comment, were prohibited from ''being a director or promoter of a company, or being concerned in or taking part in the management of a company for a period of 8 years from 24 February, 2015'', the email noted.

A spokesman for MBIE said there had been several complaints and a referral from an insolvency practitioner.

He was unable to confirm that either of the pair had been involved in any recent business venture.

In 2013, the ODT reported on activities linked to Mr Hanssen, who denied allegations of not paying staff and using gang members to intimidate rivals.

He had been involved in more than a dozen companies that had since been liquidated, leaving people out of pocket across the South Island, including in Dunedin, Christchurch and Ashburton.

He was involved in a proposed $5 million redevelopment of a downtown Greymouth hotel precinct, which has not eventuated.

Creditors have also tried having Mr Hanssen investigated by the Serious Fraud Office.