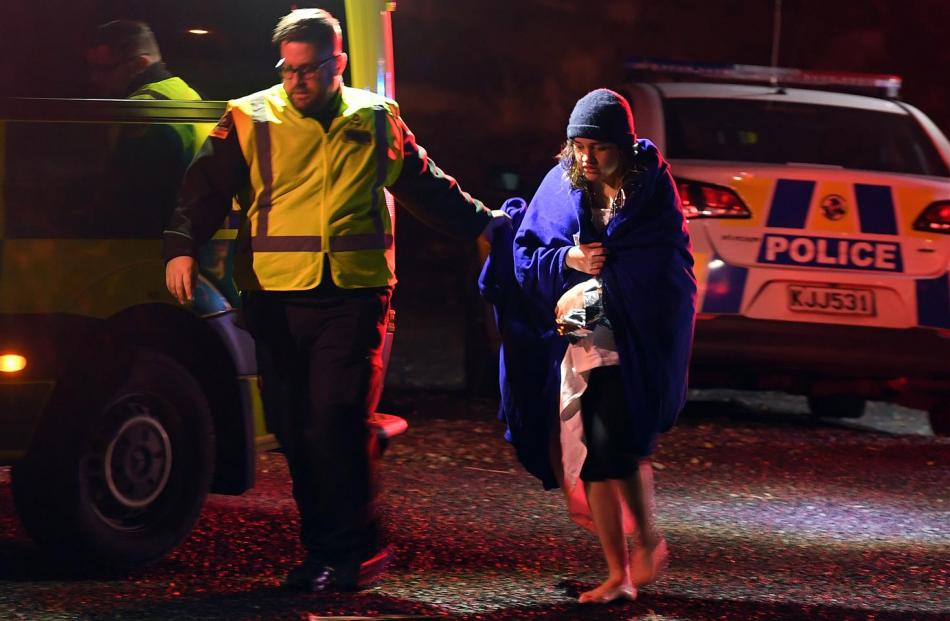 A female passenger is helped to an ambulance 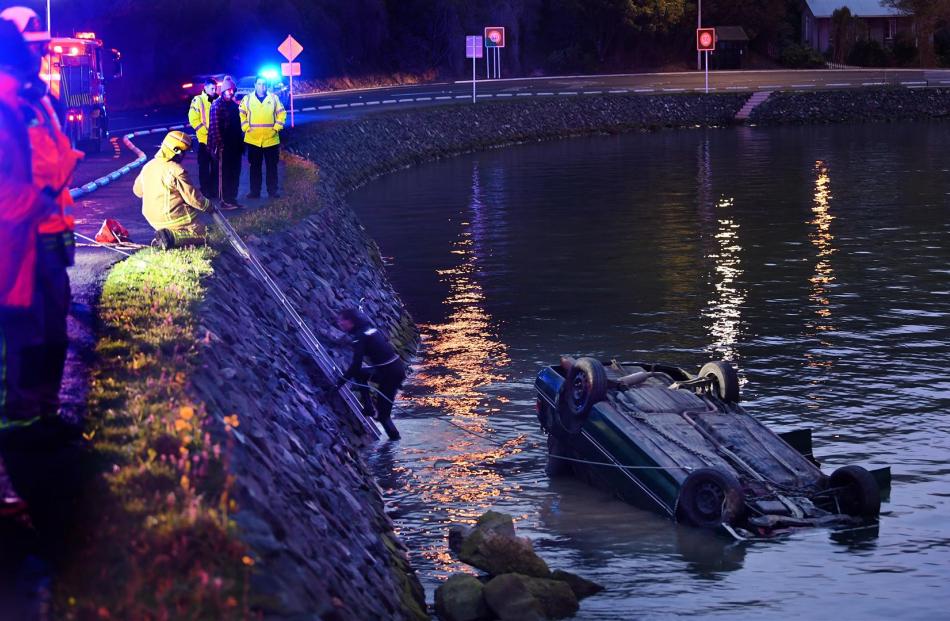 A diver descends down the rock wall to search the overturned car. Photos: Stephen Jaquiery 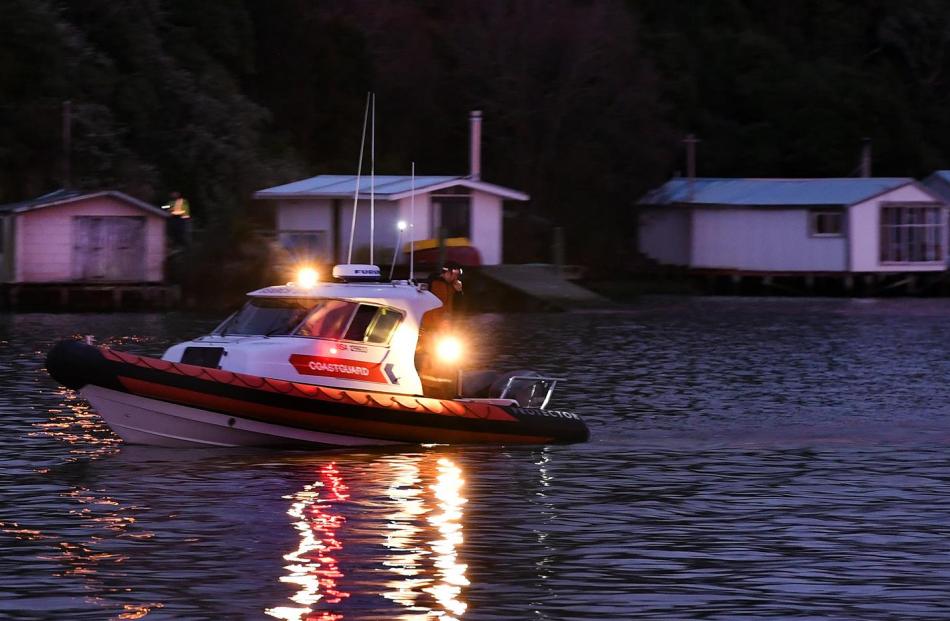 The coastguard searches the bay.

A man who drove a car into Otago Harbour swam away then evaded rescuers before being found in a hypothermic state more than an hour later, police say.

A police spokeswoman said the vehicle plunged into the water near Bacon St, at Turnbulls Bay, about 5.35am yesterday.

Two female passengers escaped from the vehicle and were taken to Dunedin Hospital with moderate injuries.

The driver was initially unable to be found, sparking a search involving police, coastguard, two Fire and Emergency New Zealand crews and Land Search and Rescue.

A Fenz spokesman said it and the coastguard used thermal imaging in an attempt to find the driver in the water.

He was discovered on the other side of Turnbulls Bay, at Yellowhead, sheltering in bushes not far from the rescue vehicles in a hypothermic state.

Senior Constable Aaron Smith, of Portobello, said the ''extremely cold'' driver had been there for about an hour and 20 minutes and he was pleased to find him alive.

A marine and land search is conducted in Turnbulls Bay yesterday after the driver of a crashed car swam into the darkness.
A coastguard spokeswoman said the man had swum a ''reasonable'' distance in very cold water and had been at risk of drowning.

She was unsure of the distance but estimated it was about half a nautical mile.

''Swimming at this time of year without the right type of equipment is a risk,'' she said.

The man was taken to hospital in a moderate condition. All three patients were discharged yesterday afternoon.

The cause of the crash was still undetermined, but it was ''more than likely'' there would be charges, Snr Const Smith said.

A tow truck had hauled the vehicle out of the water shortly after 7am.