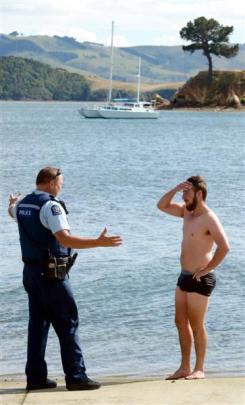 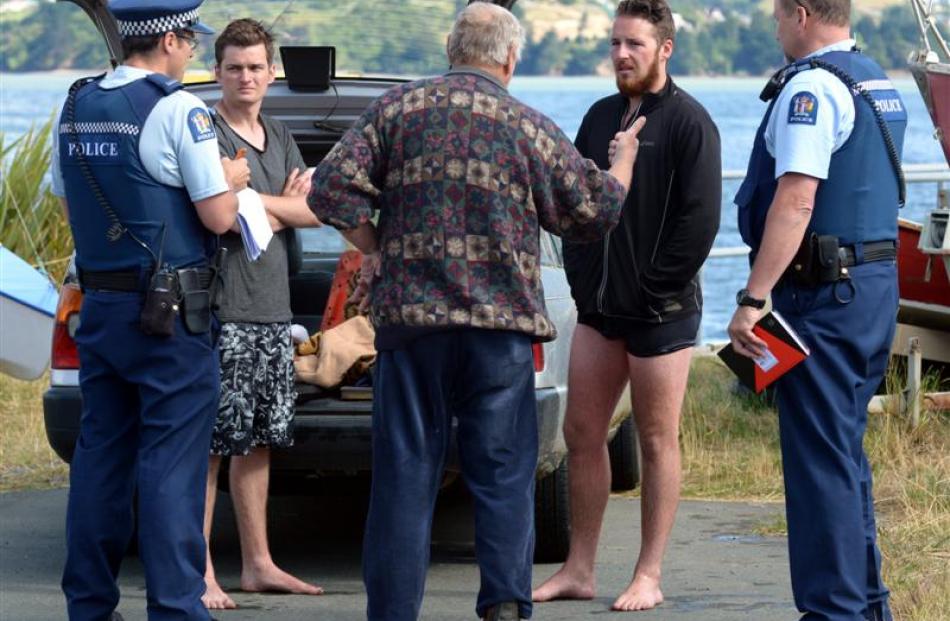 Fear turned to relief yesterday when two Dunedin men emerged from a boat in Broad Bay on which they had spent the night.

Police were considering mounting a water search and rescue operation when friends Nick Fausch and Tim Marcinowski (both 21), both of Macandrew Bay, popped up in the water just before 10am.

They had been in a boat moored about 300m from shore.

Police had been trying to contact friends to determine whether the pair were on land, or whether they were missing on Otago Harbour.

Earlier, Robert Brown, on a morning walk with his dog, had reported a vehicle, clothes, and a nearly empty bottle of wine left on the Broad Bay jetty.

Police obtained an identity through a check on the vehicle, and received a report of a sighting of the pair on a lilo about 7.30 the previous night.

A parent of each of the men was on the shore when they emerged.

The relieved mother of one urged off-duty Senior Constable Lox Kellas to tell off her son for the pair's antics.

And police did, chiding them for the worry they had caused by not letting people know their whereabouts.

The pair would be given a pre-charge warning for being on a boat unlawfully.

Constable Nick Wells, of South Dunedin, who is part of the search and rescue water squad, said if the pair were stuck on the trimaran, they ought to have flashed a torch or something similar to gain attention.

The episode was a reminder not to mix alcohol and going in the water.

Mr Fausch told the Otago Daily Times he and his friend sought refuge on the boat after being caught in a strong current after going swimming about 11pm.

He said he had been fairly sober, but acknowledged it was a reminder that alcohol and swimming did not mix.

''A lot of people were worried about us. We wasted a lot of people's time - that's the thing that we've taken away from it.''

The pair slept in the boat's cabin, and hoped to apologise to the owner.

''It was freezing. We were pretty cold from being in the water for so long.''

The pair, who are old friends, grew up by the harbour, so it was not unusual for them to go swimming there.

The pair's abandoned belongings would have looked like a ''recipe for disaster'' to anyone passing by yesterday morning, Mr Fausch said.