‘Riled up’ and ready to protest 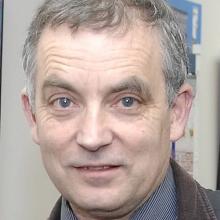 David Glenn
An 88-year-old with multiple sclerosis will be a first-time protester outside the Otago Multiple Sclerosis Society in Dunedin tomorrow.

Nancye Coombes, of Mosgiel, a society member for nearly 40 years,  is "riled up" by the row between members and the executive committee.

"I’ve never been to a protest before.

"I’m very riled up at the present minute."

Mrs Coombes is part of the group applying pressure to hold a special meeting for a vote of no confidence in the committee.

"I feel as though they have withdrawn everything from us."

The group, which includes two staff members who are pursuing personal grievance claims, has accused the executive committee of bullying, conflicts of interest, and dysfunction.

Late yesterday afternoon lawyer Chris Lucas released to the Otago Daily Times his advice prepared for the society. It says the rationale for requesting a special meeting was "inherently flawed".

"The society can issue policy directions  ... but full management and control of the society is and remains vested in the executive committee."

The Otago Daily Times spoke to several members yesterday, and all were upset by treasurer David Glenn’s comments that people with MS can lack perspective on life. Former committee member Lenore White said those  comments "made no sense" and were "extremely insulting".

Many people with MS were still working, and had full lives.

"I do not know one unhappy person with MS.

"We’re not sitting around ever with a ‘woe-is-me’ attitude."

Mrs White said Mr Glenn had virtually guaranteed a good turnout to the protest with his comments, as they had annoyed so many people. One of the group’s complaints is the employment relationship between president Beverly Glenn and fellow committee member Michelle Smith, who is Mrs Glenn’s caregiver.

"She is a professional carer who has done this kind of work across many types of care groups and disability levels for many years.

"She attends all meetings of the society and committee in her own time as a volunteer and is not required by me to be part of the society for her employment with me.

"She is a fine, level-headed women who is volunteering her time to a good cause," Mr Glenn said.

Mr Glenn said conflicts of interest were common in organisations and the important thing was managing them.

He said the society planned to upgrade its kitchen to the required standard, after which it would provide meals for members again.