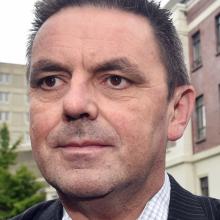 Chris Fleming
A "cumbersome" and costly way of managing asbestos at Dunedin Hospital has been criticised in an independent report.

The testing system was too narrow and created unnecessary alarm and expense, the report shows.

"The nurses and the general public appear to be used to seeing tents set up so that does not appear to cause any significant issues but ... the system is cumbersome and causes delays."

Time-consuming precautions continued after expensive decontamination in some areas because of confusion over which areas had been cleaned.

The DHB then delayed testing other areas because of a fear of triggering the measures.

"It is understood some public areas such as general wards, hallways, and lifts of the main ward and other buildings have not all been assessed.

"It is understood that these areas have been perceived by Southern DHB as being more difficult to manage if restrictions are required to be put in place based on a positive detection of asbestos.

"This is due to the operational requirements of the hospital, which has a duty of care to ensure the hospital can still function if certain areas are temporarily restricted ..."

Relying on swab testing was too narrow, as a positive result did not mean people were at risk.

"Their reliance on using swab samples and not completing a full risk assessment using air monitoring has caused issues and will continue to cause issues until a new approach is agreed upon."

It was uncertain whether the testing protocol was determined by the DHB or its asbestos contractor, the report said. The situation was not helped by a lack of guidance from government agencies about an acceptable exposure level, the report said.

In August, the Otago Daily Times  revealed it had taken 10 days to change a light fitting and the bill for the asbestos problem had reached almost $5.5 million.

The ODT requested the independent report in August but the board only released it this week after a series of delays.

Chief executive Chris Fleming told the ODT a more effective approach to asbestos would be implemented in the new year.

"We tackle it very aggressively. And therefore what that has done is, it’s delayed us testing some areas."

He said the public had not been put at risk from the delays.

"The people that are the most at risk around asbestos management are the tradespeople and the people who are doing the work."

The Ministry of Health commissioned the report after Mr Fleming asked for help.

"I asked the Ministry of Health for some help because I was concerned that our approaches and our processes appeared to be very long and cumbersome and was creating a lot of delays in simple tasks associated with maintenance." 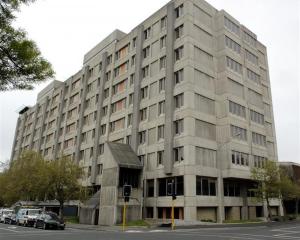