Better trauma care could save lives in the South 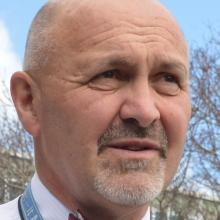 Mike Hunter.
Up to six lives could be saved every year in Otago and Southland through planned changes to trauma care, Dunedin intensive care specialist Mike Hunter says.

"There is an assumption that when patients reach hospital with major injuries, and later die, that this is a tragic but acceptable consequence of the trauma they have suffered.

"We now know that when care is better co-ordinated, the potential for saving lives is alarmingly high," Mr Hunter said in a press release.

If the results achieved in Victoria, Australia, were replicated,  five or six lives per year could be saved in the South.

Mr Hunter said trauma care was traditionally organised by major organ, with a specialist team for each. But this approach often did not work effectively for patients with multiple injuries.

"It’s not a lack of competence, or people not doing their best. But it could mean overlooking the need to provide vaccinations if the patient has lost their spleen, or achieving consistent and early prevention for deep vein thrombosis, for example."

The team’s initial focus was data collection to discover how many patients were admitted with major trauma, and how they fared.

"Other places that have moved towards this model have implemented changes over many years. But we’re excited to be moving in this direction to provide better outcomes for our people."

SDHB chief executive Chris Fleming said he was pleased by the appointment of Mr Hunter as the team’s medical director.

"Their work will give greater insight of the extent of trauma in the district, and through better co-ordination it will improve the recovery outcomes of our trauma patients," Mr Fleming said.