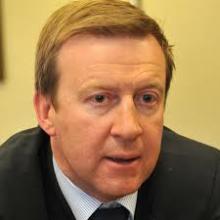 Jonathan Coleman.
The 15-year hospital food service contract with the Compass Group had to be renegotiated because so few DHBs had joined, it has emerged.

Just six of 20 DHBs signed up, and others need to join in order to realise anticipated cost savings.

Official advice released by Dr Jonathan Coleman shows that officials told him earlier this year the deal was being renegotiated.

''Health Partnerships is working with Compass to renegotiate the contract to take a more holistic view of benefits, and derive improved value''.

Dunedin South MP Clare Curran said it appeared the contract had been ''frantically'' renegotiated in an attempt to manage increased prices for participating DHBs.

''It was [an] attempt at cost-cutting by the Government that has gone haywire.

''The promised savings will never eventuate and the Government is left with egg on its face,'' Ms Curran said.

The government entity NZ Health Partnerships has not yet released a new estimate of the savings, but they are likely to fall short of the up to $190 million initially promised.

This week, Health Partnerships confirmed it had secured a new date for a review of the meal price, to give it time to work with the DHBs that might still join up, but would not confirm it meant no annual review would take place in 2016.

''The additional review [meaning two reviews during 2017] will happen on 31 January 2017, which will allow NZ Health Partnerships to continue working with those DHBs that remain open to joining the [food services agreement] and it provides a window within which any staff consultations can be conducted. Price reviews will thereafter be conducted each year on 31 May.''

The fuss around the new Compass meals, most notably media coverage of Dunedin Hospital food earlier this year, could make it more difficult to attract boards to the deal as DHBs are sensitive about adverse media coverage.

Five DHBs have declined the proposal, one has deferred it, and others are still in the ''considering'' phase.

Earlier this year, Health Partnerships gave DHBs a September 30 deadline to decide whether to join.

''Short-term participation volumes are expected to be known on 30 September 2016.

''There is a sliding scale of price adjustments that Compass Group is entitled to apply to district health boards, based on total participating volumes. Prices can rise or fall according to participation volumes,'' a spokesman said.

Health Partnerships will respond in more detail to the ODT's questions under the Official Information Act in due course.

Dr Coleman's office refused to comment, saying it was operational.

So in other words , prices up , savings down and we still don't get decent food let alone the "equal or better than what we had" that we were promised

Not surprised, are you?