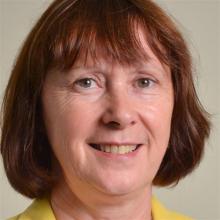 Lexie O'Shea.
A planned intensive care unit/high dependency unit at Dunedin Hospital might only be open about four years before it is replaced in a new hospital.

The $11million project has been repeatedly delayed. The facility was supposed to open early next year, but its completion has been pushed back again, the Southern District Health Board confirmed.The  project was mooted in 2014 after the shock loss of intensive care training accreditation which was partly caused by the facility being out of date.

Chief operating officer Lexie O’Shea said the high dependency unit would be completed  ‘‘some time in the second half of 2018’’, and the ICU would open earlier, but there was no firm date.

"The over-riding driver for the ICU/HDU project is to ensure we have fit-for-purpose critical care facilities, and the right level of investment will be made to deliver this as soon as possible.

"We acknowledge the longer term future of our buildings is being considered as part of the larger redevelopment of Dunedin Hospital. However, this project is proceeding as scoped," Mrs O’Shea said.

A new hospital will be completed between 2022 and 2025.  The ICU/HDU is in the ward block, the biggest hospital building.

Even if the ward block is not replaced in the $300million rebuild  — a detail which has not been confirmed — the ICU/HDU was likely to be rebuilt in a new building, to ensure it is close to related departments.

A recent structural assessment of the ward block is understood to have indicated that refurbishing it is not economically viable.

The design work of the ICU/HDU facility took longer than expected.

"It was important to optimise the design to fit around existing building structures.

"To do this we involved our clinical staff and a consumer group, and had the design peer reviewed.

"We expect to have a decision on the tender by late April/May, and all going to schedule would have the first stage nearing completion by the end of the year," Mrs O’Shea said in a statement.

New Zealand Resident Doctors’ Association national secretary Dr Deborah Powell said Dunedin Hospital was likely to have missed out on many trainees — not just ICU trainees — in recent years. Some trainees required an intensive care component as part of training in a different specialty.

"Why would you go to Dunedin when you know you are going to have to move again when you could go to Christchurch, Wellington, Tauranga ... provincial hospitals have this experience available," she  said.

Dr Powell was critical of the delays, saying the health board was "not getting on top of its infrastructure".

"Here we are in 2017 and we’re still talking about it.‘‘It’s just entirely unsatisfactory."