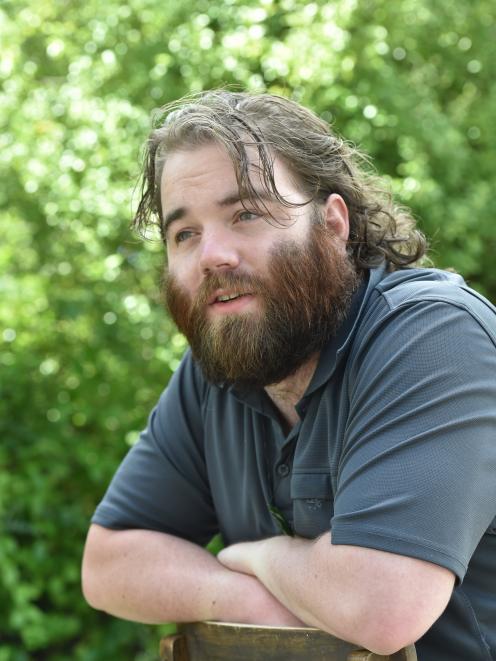 Ketamine patient John Cosgrove pleads for Southern DHB to continue its ketamine trial. Photo: Peter McIntosh
Patients enrolled in a soon-to-be-scrapped Southern District Health Board ketamine trial have reacted angrily to the decision, saying they had no notice they would be expected to stop taking a drug they call their last hope.

Ketamine - a tranquillising drug which can also abused recreationally - is a controversial potential treatment for depression and anxiety disorders. Some international studies have questioned its therapeutic value.

Southern DHB has sponsored a trial of the drug since 2015 but this week, in response to an ODT query, confirmed it was ceasing to support the trial.

Patients have since contacted the newspaper, saddened the trial is to end.

One was also angry some patients did not know it was ending until they learned about it in the ODT.

"This is our last hope to live normally and to have it dangled in front of us and then ripped away is horrendously cruel," one patient, who did not wish to be named, said.

John Cosgrove, a former participant in the trial, had been on a waiting list to get back in when he learned it was to be discontinued.

"It’s a really good thing, it is literally life-saving, and it only exists here," Mr Cosgrove said.

"We are all very unhappy that it is being cut only because, so far as we can tell, it looks a little bit bad for the District Health Board."

Earlier this week, SDHB mental health medical director Brad Strong said the trial was being closed as efficacy rates had only been around 20%.

"Our experience echoes international research in this emerging field that casts substantial doubt on the current practice of extended use of ketamine for those with treatment-resistant depression."

Mr Cosgrove said everyone in the trial would have already tried four or five different drugs and various therapies.

"Yes, this may be only be helping 20% of people, but that is 20% of the people who have no other option, for whom there is no other plan."

Mr Cosgrove dropped out of the trial after having to leave Dunedin briefly for family reasons.

He has been on replacement drugs which were effective, but had greater and longer short and long-term side effects than ketamine.

"Instead of bringing me back to being a functioning person, it means I’m not suicidal any more," Mr Cosgrove said.

"That’s better than not having anything, but when I was on the ketamine programme things were regularly improving and I had got to the point where I was looking at going back to work."

Mr Cosgrove said patients knew the programme was being reviewed.

"But none of us patients were spoken to about it, and then we found out they were closing it."

Dr Strong said the ketamine trial was the only one of its kind in New Zealand, and it had always been under review.

He understood the worry changes like the end of the trial could cause for patients.

However, the programme had been a trial and results had shown that for long-term treatment, ketamine did not seem to work very well.

"For those who have had a very positive response, of course we want take a look at what has been helpful - ketamine included - and consider what we, as a service, can do to help them maintain their recovery," he said.

"For some, that will include a limited use of ketamine in the future, for some it may not."

All patients who were, had been or were hoping to be treated with ketamine should contact their mental health treatment team to discuss their situation, Dr Strong said.

"Perhaps, one day, ketamine will be part of robust treatment plans for our patients.

"Every one of us looks forward to the day when we have much more reliable and effective treatment for several of the disorders that impact our patients’ and their families’ lives."