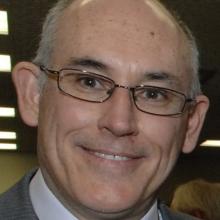 Last  week the Otago Daily Times revealed the June 2016 urology review was not acted on and the problem not tackled until more than a year later, after publicity about life-threatening delays. Chief executive Chris Fleming has released a July 2016 email from Southern Cancer Network clinical director Dr Shaun Costello to two executive-level leaders, neither of whom now work at the board.

"Can I just check you are all aware this data will likely become public  next week. It is not pretty," Dr Costello wrote.

On Friday,  Dr Costello said the culture at the board had changed.

"I feel that the atmosphere in the SDHB has changed and the culture will in future be increasingly permissive to allow this type of change to occur in a much more timely fashion."

Dr Costello  had warned the executives before a Wellington cancer forum at which the review was presented.

"The reaction at the forum was that this was an excellent piece of work and had illustrated an issue in Southern which required bringing to the attention of the DHB, which was done," he said.

Mr Fleming came on board in September and said neither he nor commissioner Kathy Grant were told about the damning review until this year. Prostrate Cancer Foundation chief executive Graeme Woodside said it was not good enough for the board to sit on the report.

"The latest revelation that the delays in diagnosis and treatment for men with prostate cancer at SDHB were known over 12 months prior to the recent investigations adds insult to injury to those men who have suffered from the extended delays ...

"Already it had become apparent some men’s lives have been shortened  ...  and now it seems these delays could have been addressed even earlier but for the neglect of the leadership of the SDHB," Mr Woodside said.

"The hospital’s management is in a mess and the commissioner needs to be removed and replaced by an elected, open and transparent board.

"A more collaborative approach is needed... for open frank discussions on where the hospital is improving or otherwise," Mr Schofield said.

The Ministry of Health funded the review, but was not keen to talk about it.

"The ministry-funded project was an internal one and I refer you to the DHB regarding when the commissioner team and the chief executive were informed.

"This  ...  project has since been superceded by the DHB commissioned review into urology services at the DHB," a ministry statement said.

Just remind me again, when was it that Carole Heatley resigned?

It seems that there are nothing but ongoing problems with the SDHB. Whats going on? More worried about their own cancerous salaries? Who will manage the new $1 Billion facility when that comes on-line? Get it together ladies!