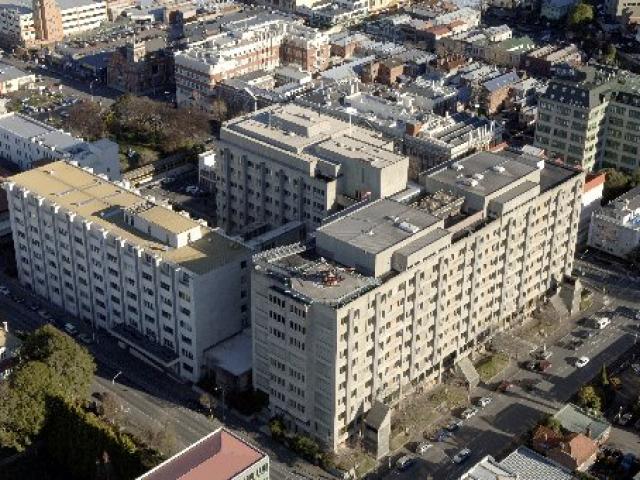 The clinical services building is crumbling and suffered years of maintenance neglect.

It does not meet standards for electrical wiring, infection control, and management of dirty laundry.

Its asbestos problem means even though there’s a special budget now for deferred maintenance, some areas are no-go.

Built in the 1960s, it’s at risk of abrupt clinical failure.

There are concerns it would not withstand a significant earthquake.

The rebuild team is looking not just at the CSB, but at all of the buildings on the campus.

Why is it taking so long?

The Government scrapped  SDHB’s preparations and set up the Southern Partnership Group.

That basically restarted the clock, but now it’s "seven to 10 years" away.

We’re about 10 months into that timeframe, so the new hospital might be ready in 2025.

There’s no timeframe for the construction phase, although a document released under the OIA a few months ago indicated December 2019 as a possible start.

What is the Southern Partnership Group?

The Ministry of Health holds legal authority for project contracts, and the appointed partnership group has a governance role.

They work together closely, sitting above the DHB.

The SPG reports to Government ministers.

The same arrangement was used in Christchurch and Greymouth.

There is potential for conflict with local decision-makers and the community.

Who’s on the Southern Partnership Group and how much are they paid?

What about the DHB?

The SDHB has a project office co-ordinating with the ministry and project consultants.

Local groups have also been set up to ensure SDHB medical and management input, such as a clinical leadership group.

Where will it be built?

That’s the big question, and in part depends on decisions about the future of the ward block.

Wakari Hospital is likely to feature on a long-list of options, but if it’s built there, it would be a big setback for Dunedin as a health research precinct and teaching hospital.

It could be built on the south side of the ward block, on the site of the children’s pavilion.

Building on a working hospital site will be difficult but probably feasible.

The university is considering the idea of a land swap to enable the hospital to be built on land it owns which is close to the existing hospital.

Does it all have to be on one site?

No. Some hospitals operate on split sites with services like outpatients split from acute and emergency work.

It’s possible here but unlikely because of Dunedin’s relatively small size, and the desire to have a united health precinct.

What about the ward block?

Even though it’s younger (built in the 1970s and commissioned in 1980) the ward block has suffered from the same deferred maintenance as the CSB.

It’s unclear whether its long-term future will be decided as part of the rebuild, and whether that could add to cost and timeframes.

A 2012 assessment deemed its remaining "service life" at just under 16 years.

It "needs systematic re-lifing or will otherwise stumble through with reactive upgrades as building systems fail" according to an official assessment.

What’s in the clinical services building?

What about other buildings on the hospital campus?

Along with the CSB, the children’s pavilion (1945),  the Fraser building (1940), and the psychiatric service building (1935) are all deemed "uneconomic to re-life" meaning that it’s not worth refurbishing them.

Will having a new hospital save money?

New hospitals are cheaper to run, but the SDHB will be hit with a significant charge for Crown capital once the hospital is built.

What about the physio pool?

The physiotherapy pool was all set for an upgrade using community-raised funds, but that’s on hold until decisions are made about the future of the Fraser building block.

Who are the consultants?

A consortium of three firms, Jacobs, CCM Architects, and Johnstaff, won the contract for hospital services and architecture planning.

Their work feeds into the main consultant, Sapere Research Group, which is writing an indicative business case.

Johnstaff is an Australian project advisory firm, CCM Architects is a Wellington-based architecture firm, and Jacobs is a multinational engineering consulting firm.

Sapere is an Australasian firm with offices in Auckland and Wellington.

A long-list of options will be drawn up in December, and then an indicative business case, including a draft concept design, will be ready in draft form in April.

It will have to go through a series of high-level reviews and approvals, and will be followed up with a detailed business case in 2018.

A high level of confidentiality is likely until the documents are signed off by the Government.

Will there be a public-private partnership?

It depends in part on whether it’s a new site, or the existing hospital site.

Investors favour greenfield sites, according to ministry advice to the Health Minister.

If deemed necessary, a "market sounding" will happen in April or May next year.

● More information can be found at