The trust founded to further his brother’s legacy fostering rural health may be redundant when a new rural school of medicine is established, John Farry says. Mr Farry, of Dunedin, chairman of the Pat Farry Rural Health Education Trust, hopes the new school will be awarded to the University of Otago under its joint bid with Auckland. He did not want to see it set up as a new medical school, such as that sought by the University of Waikato.

Mr Farry was irked by a claim that Otago and Auckland’s medical schools had neglected rural general practitioner shortages.  He said the Waikato backers failed to acknowledge Otago’s rural medical immersion programme founded by his brother, Queenstown GP Pat Farry, in 2007. Mr Farry is not sure if the trust would have a role to play after the Government’s announcement of a fully funded rural health school. 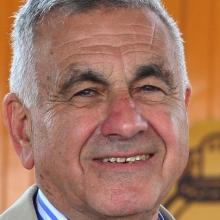 John Farry.
"If there’s a school, I don’t know if we need the trust, if there’s a whole course."

The trust funds extras for the rural immersion students, such as travel and research costs.

He said it took him years to fully appreciate his brother’s contribution.

The funding available for the new school has not been specified, but Tertiary Minister Paul Goldsmith mentioned Waikato’s request of $300 million over 10 years as an indication. 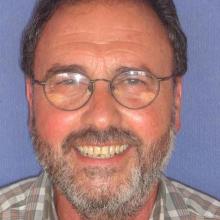 Pat Farry.
Otago and Auckland’s joint school would build on their existing rural training with more funding in the mix.

Getting young doctors to work in rural areas was not all about money, Mr Farry emphasised.

"You can take a horse to water, but you can’t make it drink."

Dr Branko Sijnja, who became the programme’s director after Dr Farry’s death in 2009, agreed, saying a lack of opportunities for doctors’ partners was part of the problem. Lack of suitable work in smaller centres propelled many back to the city.

The programme was most successful when the participating students were city-raised. City-raised students who completed the year were then much more likely to want to work in a rural area. Rural students had a rural focus to start with, and the programme built on that but did not make a big difference to their future plans.

He is compiling research showing the differences between city and rural students and other aspects of the programme. Immersion students typically saw more patients, and handled more serious cases, than peers who stayed in the city.

"Students find they are welcomed and recognised. They are not just another student. They have names and roles."

Social isolation could be a problem, and Dr Sijnja encouraged them to join clubs and sport teams. The programme takes 20 students per year, in their fifth year. Dr Sijnja said there would still be a role for the Farry trust, as students always needed extra support.

Unsurprisingly, he opposes Waikato’s bid, pointing out that setting up a new school dedicated solely to rural health would create an unhelpful divide between rural and urban. Auckland-raised University of Otago graduate Dr Kirsten Taplin  undertook the rural immersion programme in 2012. She now lives in Riverton, and is training to be a GP in Invercargill. Her immersion year in Balclutha involved joining in as much as possible, including making the town’s top netball team. The year helped further her communication and triage skills, she said.

Dr Taplin said a point often missed in the medical student debate was the lack of GP trainee places.

Many capable graduates missed out, despite the need to train more GPs, she said.

This year, 45 doctors who met the eligibility criteria missed out on GP training because of a shortage of funded places.

The third medical school debate was a "side issue", in respect of the immediate problem, but important for the future, Dr Malloy said.

• The Government announced this week it will deal with Waikato’s bid for a third medical school by setting up a contested fund to train 60 extra doctors to fill rural health shortages. Otago and Auckland medical schools hope to win the right to train the doctors and would beef up their existing rural health programmes.