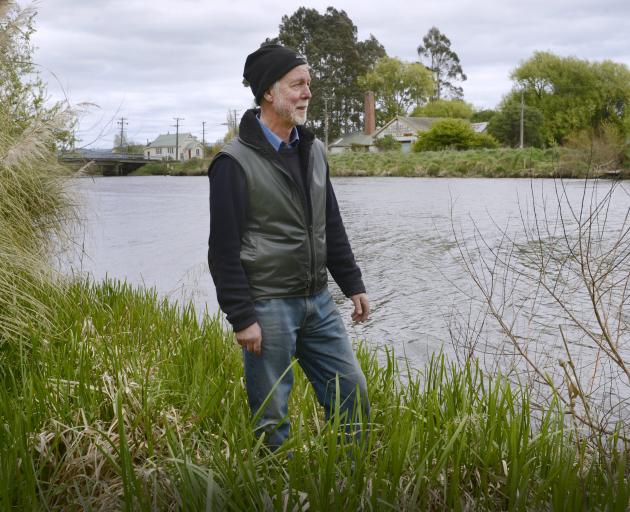 The settlement lies next to the Taieri River, southwest of Dunedin Airport, which means during floods road access is often cut off and silt covers the streets.

After a particularly bad downpour in May 2010, the community informally surveyed the floodbank and found sections 60cm lower than higher areas.

Since then they have tried to get the Otago Regional Council to maintain the bank.

After floods in November 2018, council operations general manager Gavin Palmer acknowledged work was not happening there as quickly as he would have liked.

Last week he said in the past two months the council had worked to restore the floodbank and improve drainage.

It included a survey of the floodbank profile which identified low spots, and engineering work to fill them to the correct level.

"The engineering work is continuing, and is expected to be completed before Christmas, weather dependent." 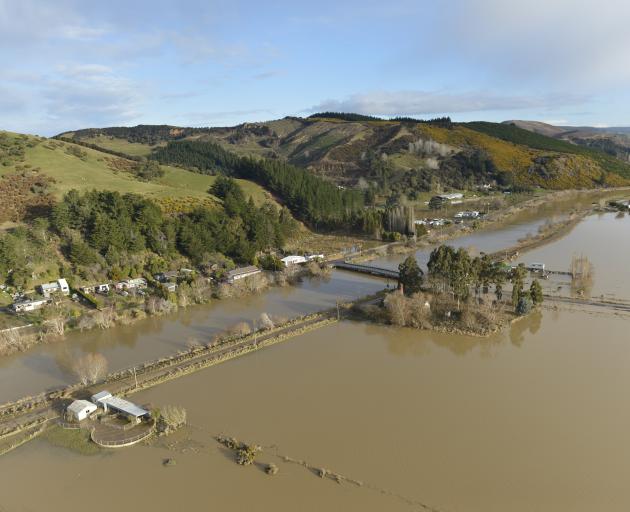 Henley and surrounding areas flooded in 2017.
The council was also working with the Henley community to install a third outfall pipe, near the location of the two existing pipes, to improve drainage into the Taieri River after floods.

The council committed $16,000 towards these works.

"They have topped up a couple of low spots, which is nice. Hopefully, they fill the low spots before they put it over on top."

"The one about November ... it did hang around a long time. It took about a fortnight to go down again."

The 2017 flood was "a goodie", during which the road was flooded "up to your knees", Mr Innes said.

He realised he lived in a place which would always flood, he said.

"We've got contingency plans. We all look after each other, we've got a good network."

His neighbour Jay MacLean said it seemed as though something was finally happening.

Regional councillors Carmen Hope and Andrew Noone had shown concern and contacted residents about their issues in past years, he said.

A large slip still covers half of the road northeast of the settlement, with a sign calling it "Mt Bidrose", after Dunedin City Council chief executive Sue Bidrose.

Council infrastructure services manager Simon Drew said it acknowledged there were higher priority sites around Dunedin following the 2017 floods and Henley Rd repairs had to wait.

"Until recently, it was not feasible to complete the work because the debris was too unstable and had the potential to cause more damage and put road users and construction workers at risk."

The council had plans for minor stabilisation work, including building a 1m-high retaining wall at the bottom of the slip and planting on the slopes above the road.

A known floodplain township since the 1850's. All involved know this. Maybe we should be asking, is it time to abandon/move the houses to a better location?

If you read it he states "He realised he lived in a place which would always flood, he said."
Also stated in the article is this "After floods in November 2018, council operations general manager Gavin Palmer acknowledged work was not happening there as quickly as he would have liked.
So maybe some comprehension on your behalf would be useful in your understanding of the situation.
Would you also like South Dunedin relocated ??

Using the same logic maybe we should move everybody who has built a home in the former marshland known as South Dunedin? You know the area which originally was tent sites for early Dunedin settlers and gold miners. A much bigger and more expensive problem then the issue in Henley. Despite that, who makes the decision to move the residents and under what authority? More importantly, who is going to foot the bill? Great idea, would be even better if it was an informed idea! It's only about 20 houses in Henley affected by the problem. The residents in Henley have come to expect nothing as far as assistance and support from DCC and ORC. If the residents in Henley pay rates to DCC and ORC shouldn't they get the same support as other residents? If not, shouldn't they be exempt from paying rates? The road referenced in this article is the emergency road used by the general public when traffic is diverted around SH1 at the flood-free. Common sense would dictate that it's in everybody's interest for the emergency road to be maintained but common sense has been in short supply concerning this issue!.

Interesting the statement: "Until recently, it was not feasible to complete the work because the debris was too unstable and had the potential to cause more damage and put road users and construction workers at risk." If that's the case, why has the public been subject to risk and injury for the past two years? The road hasn't been closed and the land slipige is solid as rock.

Abandon move Henley? Gosh no! Just move the houses etc back up the hill a bit to higher ground --- I and no doubt many others have spent many a good day with great memories of Henley, trout/perch fishing, whitebaiting down the "boot", duck shooting over on the lakes, then not to ever forget many a convivial hour or three at the local hotel getting to know many locals from far and wide from that area... Nice place Henley and the people? Well they aint too bad as well...