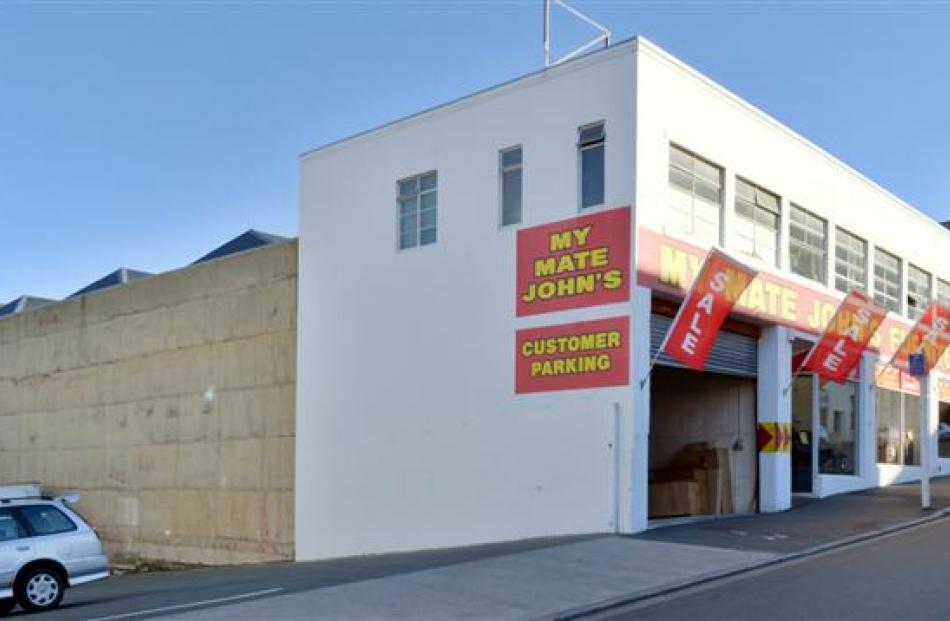 The wall at My Mate John's where street artist Dal East will now paint his piece. Photos by Gerard O'Brien. 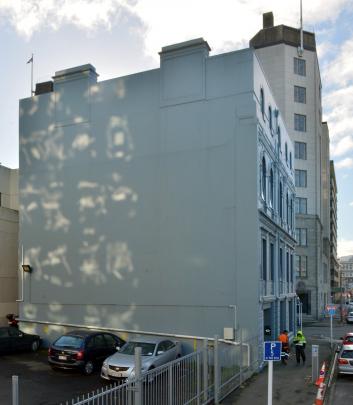 The wall on a building at the corner of Liverpool and Bond Sts which was originally suggested for painting by Dal East.

One of the cornerstone pieces of Dunedin's first street art festival has hit a speed hump, but it has not slowed the festival's momentum, organisers say.

A neighbour has opposed an application from Dunedin Street Art, the group organising the two-week festival in October, for consent to paint the south side of an apartment building at the corner of Bond and Liverpool Sts.

The wall was to be painted by leading street artist Dal East, of South Africa, during the festival.

The festival runs from October 12 to 22 and so far features 10 local and international artists, who will each paint a wall in the southern part of the central city during that time.

The person who complained about the Liverpool St building being used was a neighbour consulted in a limited notified consent process as one of the affected parties.

The consent application from Dunedin Street Art will still be heard by a commissioner on October 22 in the hope it will be approved for a future painting.

Dal East will paint the wall of My Mate John's Furniture Warehouse in Stafford St instead.

Dunedin Street Art volunteer Glen Hazelton, who works for the Dunedin City Council, said consents for half the other walls were in place, and the rest were still being processed or applied for.

There appeared to be no issues with affected parties for the rest of the walls.

Street Art Festival organiser Justin Cashell said being unable to use Liverpool/Bond St building had been disappointing, but had not slowed the group down.

''We're still ticking along; everything is on track. Everyone on our Facebook page has been very supportive with our plan B [Stafford St]. If anything, it's really given us an indication of how positive people are on Stafford St.''

The 10 artists signed for the festival so far are Pixel Pancho, from Italy; Phlegm, from England; Dal East, from South Africa; Be Free, from Melbourne; Mica Still, from Wellington; Ghstie, a.k.a. Sean Duffy, formerly of Dunedin, now of Wellington; and Dunedin artists Andy McCready, Sam Ovens, Devon Smith and Jon Thom.