Home after driving from Singapore to London 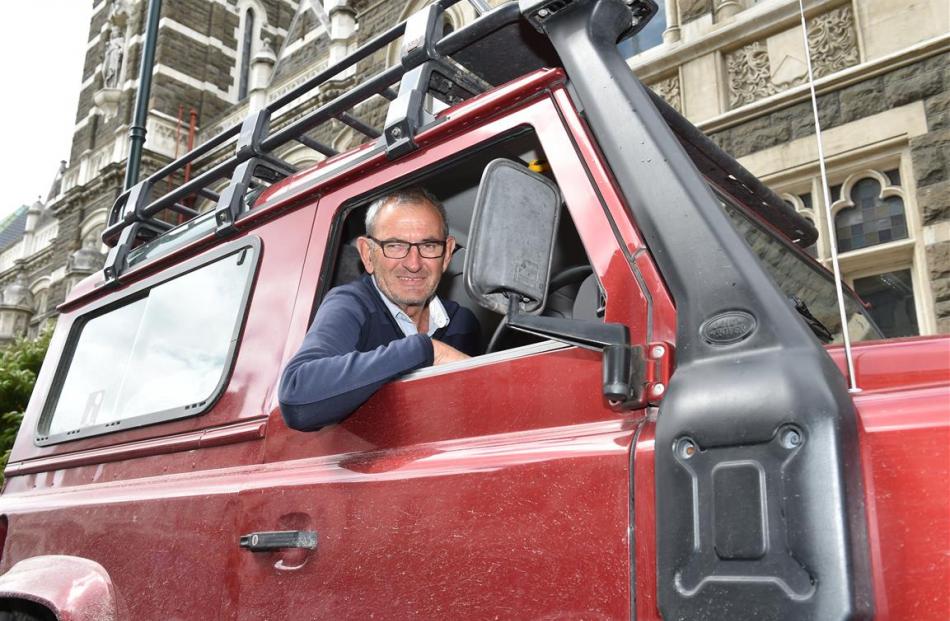 Astonishingly, Karitane man Ray Grubb is not yet sick of his car despite covering thousands of kilometres in the 2009 Land Rover 90 in eight months.

Mr Grubb set off in April for a whirlwind trip from Singapore to London, by car, returning only recently.

The parts of the trip Mr Grubb most enjoyed were passing through areas where tourists seldom went.

‘‘We tried to avoid the cities as much as possible,'' he said.

‘‘[We went to] towns where they hadn't seen Europeans in 20 years.

‘‘We had a big red Land Rover with a white trailer on the back - and we were in places no-one ever went.''

It was not Mr Grubb's first trip overseas.

But it was his first time in many of the places he visited.

And it was certainly his first time travelling the way he did.

Mr Grubb is happy to be home.

‘‘We have a way of life here which is much more comfortable than a lot of what I saw.

It was nice to be home.''He has plans to work with Enterprise Dunedin - he worked in the tourism industry for almost two decades.

But Mr Grubb may not be home for long. He hoped to return to Asia in about a year, he said.

And he could not stop thinking about the hospitality locals showed him throughout his trip. ‘‘That will stick with me forever,'' he said.

At one point, in China, Mr Grubb recalled, he was trying to send a scarf to his daughter in New Zealand, as a present.

He was trying to make sure the label on the package was correct. ‘‘Karitane written in Chinese doesn't look like Karitane,'' he laughed.

So, a woman who spoke English came downstairs from the fifth floor, to help him.

They ended up talking for more than an hour, he said. She was Uyghur, and Muslim - a minority in that part of China. She had learned English at university, but had never had anyone to practise it with.