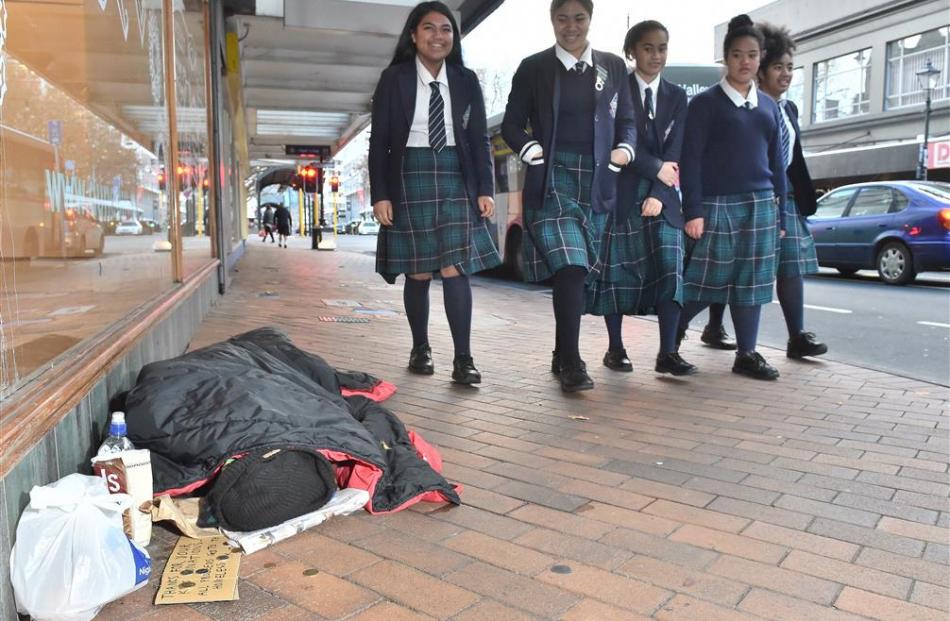 An art installation portraying a homeless person sleeping rough on a Dunedin street is causing a stir in the city.

The work consists of a pillow covered by a sleeping bag with shoes at one end of the blanket and a beanie at the other.

Many concerned people, including police officers, yesterday "jiggled'' the installation to ensure there was nobody under the sleeping bag.

The officers told Mr Wilson he should have contacted police about the artwork before it was installed, because many people had called voicing concern.

Other people placed bags of food and about $40 in notes and coins next to the installation.

A homeless person sleeping in public "stunned'' a Dunedin resident more than a Wellingtonian because it was more common in the capital, Mr Wilson said.

The work was designed to create awareness of homelessness and the money left by the installation would be given to the Dunedin Night Shelter and the food to Presbyterian Support Otago.