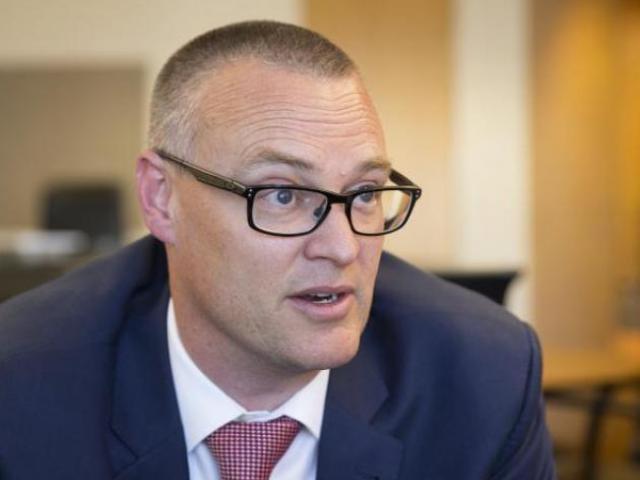 David Clark
The turmoil caused by the Covid-19 pandemic will delay but not deter the Government from building a new Dunedin Hospital, Health Minister David Clark says.

Progress on the $1.4 billion project, estimated to be the largest hospital build in New Zealand history, had slowed before Covid-19 as questions concerning the size of the hospital and what services it would provide remained unresolved.

The hospital’s site master plan, due for Cabinet consideration last month, had already been delayed and is unlikely to receive immediate attention once it is signed off due to the ongoing health emergency.

However, there was no question of the hospital project not going ahead, Dr Clark, in whose electorate the hospital stands, said.

"The Government’s commitment to the new Dunedin Hospital is rock solid," he said.

"The lockdown will disrupt the demolition in the short term but the design team is continuing their work and I want to avoid any substantial delay in progressing the project."

The new hospital was originally envisaged as an eight or nine-storey main inpatient building with a smaller six-storey outpatient and day surgery building alongside.

However, the final details of the buildings remain up in the air after the discovery that ground conditions meant piling and foundation work would be considerably more expensive.

Dr Clark did not comment about what the project’s master plan would or should contain, but did emphasise building work such as the new hospital would be key undertakings in the coming months.

"The Government has been very clear that large infrastructure projects like the new hospital are an important part of our post-pandemic recovery.

"the final details of the buildings remain up in the air after the discovery that ground conditions meant piling and foundation work would be considerably more expensive"
Lets get the story straight.
The plan was to build a 9 story building but a site was chosen where no other high rise building exist, in a city center that is known to be mostly reclaimed foreshore, inside an extinct volcano, in a geological unstable country, without a prior geotech survey.
That is just as stupid as building a dam across a faultline which would create a lake up a valley surrounded by unstable mountains or even making a communist country the center of global manufacturing when we know full well that they have a pathetic health system and focus on 'traditional medicine'.
The arrogance of our political class never ceases to amaze me but then again why would they be anything else when it's not their money on the line.

Got to love David Clark. Whenever he opens his mouth, it's only to change whichever foot was previously crammed in there.

And I should think so, that it goes ahead. This is just a 'pause'. Why are we even seeing a comment from David about it continuing, let alone it being a headline? The building of the hospital was never in any doubt....was it?
So, David, how about you and Aaron pop your masks on, get your bicycles out, and work out how you're going to ramp up Covid-19 testing in the Southern Regions. Surely the Minister of Health and all our Mayors are shocked enough to want to get some affirmative action happening in the shortest possible time?
Why wait? Do we need to prolong the lockdown here because of the lack of testing action? If we're going to get onto that hospital project, we need to get back to work asap.

Any chance we might now get a hospital with additional capacity... you know, one enough beds to actually service our community in times of need? Any chance we might get a change to the funding model so we actually have enough staff to provide a reasonable service in a reasonable time? Why do I doubt that the Minister has ANY comprehension of the issues he is responsible for? Perhaps a bit more bike riding required to clear his head?