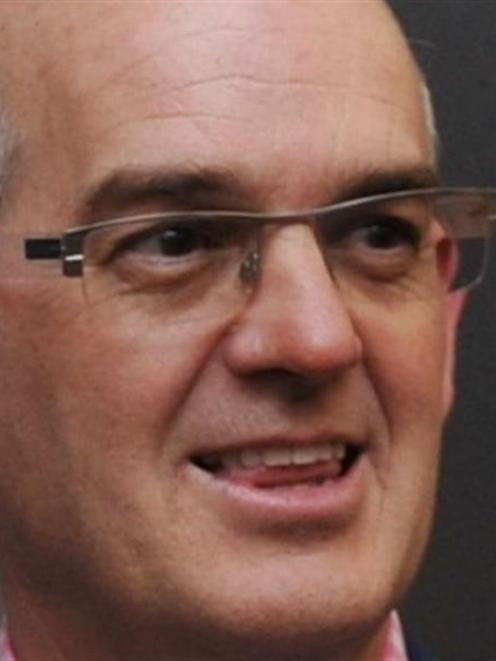 Tony Ryall
Outgoing Health Minister Tony Ryall dropped his strongest hint yet of when a major upgrade of Dunedin Hospital could be expected.

''I expect Cabinet will consider a business case next year and an announcement would be made then,'' Mr Ryall said last night.

Ministry of Health and Treasury officials had been working with the Southern District Health Board to develop a business case, he said. Upgrading Dunedin Hospital was ''one of our next projects'', following upgrades of hospitals in Canterbury and the West Coast.

Last month, the Otago Daily Times reported on water leaks in the hospital's surgical theatre which had desterilised surgical equipment.

Labour health spokeswoman Annette King told the ODT, ''Why has the hospital at our pre-eminent medical school been left to get into this state?''

Is it that the DHB has to cut services until it gets rid of its persistent deficit as [Mr Ryall] is demanding, before the region gets a reprieve?''

Mr Ryall responded: ''Annette King's comments don't deserve a response as she was minister for most of the 2000s when the Government had lots of money but didn't spend anything on Dunedin Hospital.''

He said the Government had already spent $24 million on projects, such as the recently opened neonatal care unit.

Asked if patients or staff had been put at risk due to the state of the hospital, he replied: ''The Government is confident that the hospital staff are providing a quality service and the hospital is safe. We've invested in extra doctors and nurses and the buildings are next.''

An Official Information Act request by Ms King revealed there had been major equipment failures, including power outages to wards and an incident this year of a public ward block lift ''free falling'' five floors.

''The people of Otago, along with hospital staff, have put up with a building that's unfit for purpose for too long.''

SDHB chief executive Carole Heatly said: ''We are working through a process to determine what new facilities are required with the National Health Board and the Capital Investment Committee and are very pleased with how this is progressing.''