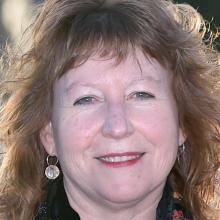 Ministry of Business, Innovation and Employment (MBIE) data showed the average rent had gone from $290 in January 2012 to $407 last month, the first time it had climbed above the $400 mark.

In the past year the average price had risen 10.6%.

At the same time, the waiting list for a Housing New Zealand property climbed to 80 in December last year, the longest it has been in more than two years.

Building and Construction Minister Dr Nick Smith slammed the claim there was a housing crisis in Dunedin, saying it was "grossly overstated''.

Rents and house prices had increased at a slower rate under the National Government that the previous Labour one, Dr Smith said.

There was "no question'' there was increased demand on the housing market, because Dunedin and the rest of the country was performing well economically.

But rents were below the national average in the city and the average house price of $359,000 was not a "major issue''.

Ms Curran said the data and number of people she was seeing who were struggling to pay rent or find properties showed the issue had reached crisis levels.

"What this tells me is the housing crisis has come to Dunedin.''

She blamed the Government, which had been passive in the face of the problem and fixated on Auckland.

"They have had a deliberate policy of selling off state houses [in Dunedin] and not replacing them and sending the proceeds up north.

"Of course that is going to have an impact.''

The situation was forcing low-income families into "really precarious situations'' where either they could not find a house or they were forced into sub-standard homes which made people sick.

Dunedin Mayor Dave Cull said he had been "warning for some time'' that housing was a problem all over the country, including in Dunedin.

The price and quality of housing not only affected renters, but also had the potential to put people off moving to Dunedin if nothing was done about it.

He was not sure the situation in Dunedin had reached crisis levels, but said the council would this year develop a "comprehensive housing strategy'' to address the issue.

This included investigating whether the council could impose minimum standards for the quality of rental properties.

"We definitely have an issue and it's going to get worse if we don't, as a community, tackle it.''

Dr Smith said it was unfair to use January figures because every year they were inflated by the return of the students to the city.

"I would encourage Ms Curran to read Massey University's independent housing affordability studies that show that housing in Dunedin is 40% more affordable now than when National was elected.''

He accepted average house prices in Auckland were "too high'', but the figures in Dunedin were in a different ball park.