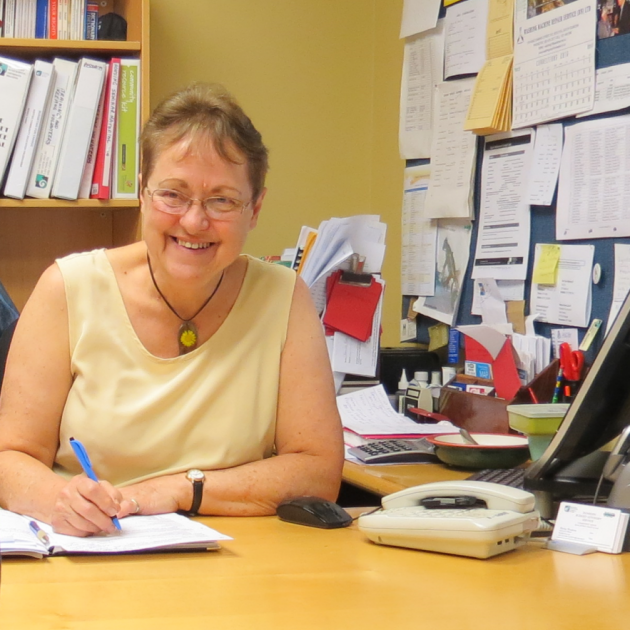 Retiring Dunedin Budget Advisory Service executive officer Shirley Woodrow still hard at work on one of her last days in the job she has held for 26 years.

Mrs Woodrow, who is retiring this week after 26 years as executive officer of the Dunedin Budget Advisory Service, said when she began as a volunteer adviser people had the same sort of debt they do now with hire purchase and credit cards, but it was at a much lower level.

‘‘Overall, people today have been able to get more debt.''

The ease with which some clients had been able to get credit had been frustrating, including instances where people had been signed up for deals where they could not even meet the first payment, Mrs Woodrow said.

She believed the Responsible Lending Code, introduced last year, was beginning to make a difference, but ‘‘ time will tell''.

One aspect of the job which Mrs Woodrow had not enjoyed was not being able to help someone whose income was so low that even if they were doing all the right things they could not make ends meet.

The child support system made it difficult for non-custodial parents on a basic job-seeker benefit, who might have their children visiting at weekends, to cover expenses for such visits.

It could be frustrating to see solutions for a client who was not prepared to change, particularly when there were children involved, she said.

People who asked for help and then did not respond when advisers followed up the request were also frustrating.

She had also found training volunteer advisers rewarding, watching them develop confidence as their ability and experience increased.

She was attracted to the job initially because she liked working with figures.

The organisation's clientele has grown considerably, from about 22 clients a month back in 1972 to 50 to 60 a month today.

The service has 60 volunteers today compared with 110 in its early years. Ideally, ‘‘we would like about 90'', she said.

Mrs Woodrow, who will soon turn 67, said she had ‘‘never had a day when I haven't wanted to come to work'', but made the decision to retire at the beginning of the year and thought it was the ‘‘right time''.

Andrew Henderson, who has been with the service for six years, will be the new executive officer.