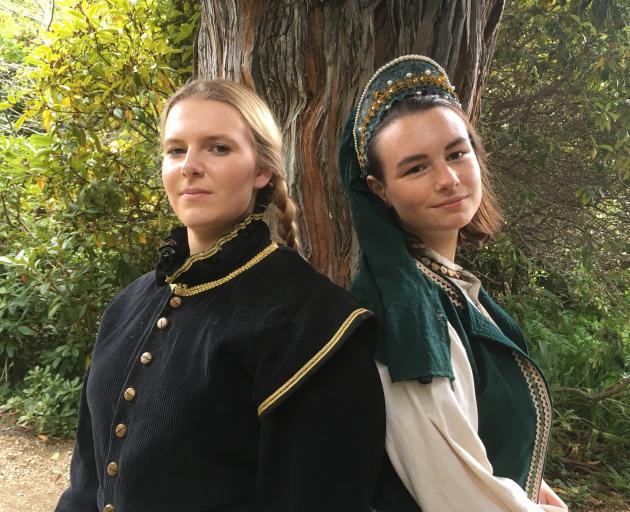 Teams of between three and six people will explore the environs of the upper garden while solving puzzles to unlock new areas and interact with real-life characters, who respond in real time.

Creator Danny Still said games such as Pokemon Go and the popularity of escape rooms showed there was a desire to play games in the great outdoors and to explore cities.

The idea was originally created for high school pupils but after testing it was discovered younger children also loved it and as long as they were supervised by a parent, it was a game for all ages, Still said.

"What people can expect is to be set a mission in the future, and the mission is to uncover what has happened to our planet and why the trees are so important."

Throughout the game people would be interacting with actors reacting to how they were feeling and progressing through the adventure.

"These guys are hilarious. They react to you, they react to your difficulty level and how you're feeling, which is something really amazing about actors, so if you're having a hard time they'll give you a hint."

A huge amount of planning had gone into creating the event, which was the first time Still had opened the concept to the public.

"We do corporate games and this is the first time we've done something for the public, which is really our aim."

An arts grant from the Dunedin City Council and the support of the staff at the botanic garden made the show possible, he said.

Tickets are available from the festival's website or the upper garden's car park.

The event runs today and tomorrow at 11am and 1pm and next weekend at the same times.