An independent chairman or commissioners should be appointed at the Otago Regional Council after another "cynical ploy" to delay plans to clean up the region’s rivers, a five-term councillor says.

Cr Bryan Scott, of Dunedin, said councillors’ request for Environment Minister David Parker to consider an extension of the deadline for Otago’s land and water plan was a "cynical ploy by various ORC councillors when it comes to implementing national environmental policy". 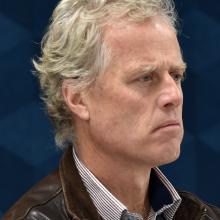 Mrs Gardner left the organisation on Wednesday, the same day councillors met Prof Peter Skelton, who is now investigating the council after councillors asked about the possible extension.

It was time for the minister to appoint an independent chairman or several commissioners to sit beside elected councillors, Cr Scott said.

"In my view the environment is too important to be hijacked by political whims and I implore the minister to intervene," he said.

Chairman Andrew Noone said yesterday that he respectfully disagreed with Cr Scott’s assessment and said Prof Skelton’s investigation was a positive process.

The land and water plan could be done by the end of next year as presently required, but it might benefit from having more time, Cr Noone said.

"If we are talking about water quality and having a land and water plan that’s comprehensive and robust and fit for purpose, we’re talking about no matter whether it’s in urban Dunedin, urban Queenstown, or anywhere in rural Otago, the principles are the same.

"We all want better water quality."

Some councillors, though, were more "impatient" than others, he said.

Cr Kevin Malcolm said he took issue with the suggestion that asking the minister to consider an extension was a cynical move.

In 2019, Prof Skelton’s first investigation into the council had shown its plans were not fit for purpose and a "quantum change" was required.

The majority of councillors had voted for that change to happen and voted for last year’s 48% rates rise to ensure staff were supported and resourced, Cr Malcolm said.

"Anyone on council that says we are not trying to progress the ORC and progress our environment should not be on the ORC."

Cr Kate Wilson said at issue was an extension that would allow the community an opportunity to offer constructive feedback.

Cr Michael Deaker did not back Cr Scott’s call for an intervention either.

However, he expected Prof Skelton had left this week’s meeting with a clear picture where the council was at.

"Some wanted an extension, some didn’t," Cr Deaker said.

"He was meeting with staff as well as councillors and the staff would have known far more about it than the councillors, because the staff are actually doing the work.

"And it’s their view that they don’t need an extension and I’m totally comfortable with that."

Ms Hobbs said moves to slow the council’s progress on its freshwater plans had been what tipped the balance and led to her to resignation in the middle of the triennium.

She agreed with Cr Scott.