Invermay hub gets a boost

The company has leased two wings of A block at the AgResearch campus and Mr Mirams believed the site had a ``real opportunity to evolve'' if it attracted the right businesses.

Invermay's latest - and largest - commercial tenant was another step towards AgResearch's goal of the campus, on the outskirts of Mosgiel, becoming a vibrant innovation hub.

During the six years he worked for AgResearch, the campus had had about 50% occupancy.

There had been a bid to get reasonable-sized tenants to join the AgResearch staff.

The more activity there, the more vitality the campus would have, he said.

The site now had 18 tenants; some were only one or two people, and Techion Group was the largest.

He estimated there was about 500sq m of office space still available, along with a similar area of laboratory space.

Over the next few years, as some AgResearch jobs were relocated from Invermay to Lincoln as part of the Future Footprint plan, more space would become available. 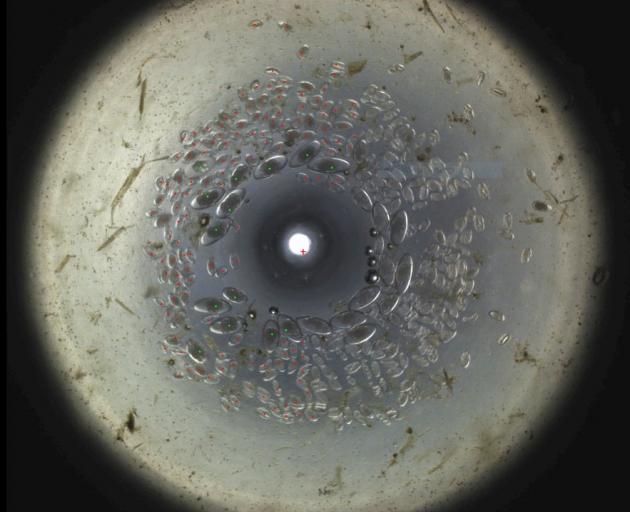 Sheep parasite eggs captured using Techion Group's FECPAK G2. PHOTO: TECHION GROUP
Mr Mirams, who built the first FECPAK system in the bedroom of a house in Roslyn in 1992, sold the business to PGG Wrightson in 2006.

He bought it back in 2010 and Techion Group was formed. The company had outgrown its previous premises in Hillside Rd, South Dunedin, he said.

Staff numbered 15 ``on the ground'' at present and would swell to more than 20 during the season, between December and June. It was likely there could be 20 permanent staff within the next 12 months.

As building work was done to transform the space to meet Techion's requirements, Mr Mirams said Invermay was a ``fantastic'' facility - and the perfect fit for his business.

It was a very nice campus and the quality of facilities was very attractive. Not only had the company been working directly with AgResearch, but there were also synergies with other businesses based there. Tenants ranged from an equine veterinary hospital to a freshwater crayfish venture.

There were lots of services and resources it could share and use, it was close to the airport, and there was plenty of room to grow.

Mr Mirams believed small and medium-sized enterprises (SMEs) were probably under-represented in how important they were to the community.

With its technology built in Dunedin and using other Otago businesses, there were flow-on effects.

Techion Group had gone from a microscope system into online digital, revolutionising the way parasite diagnostics were done, and had diversified into sheep, cattle and horses.

It was serving an industry globally, with a totally transformational approach, selling its technology around the world, he said.

Mr McSweeney said it had been a challenge to entice tenants to Invermay, yet it was not particularly expensive, set in a ``lovely park-like setting'', was close to the motorway and close to the airport.

Several years ago, AgResearch contacted as many organisations as it could think of asking if they would consider relocating but there was not a lot of uptake.

He hoped the move by the likes of Techion Group would be a ``springboard'' for others to make the move, as there was a ``lot of empty space''.