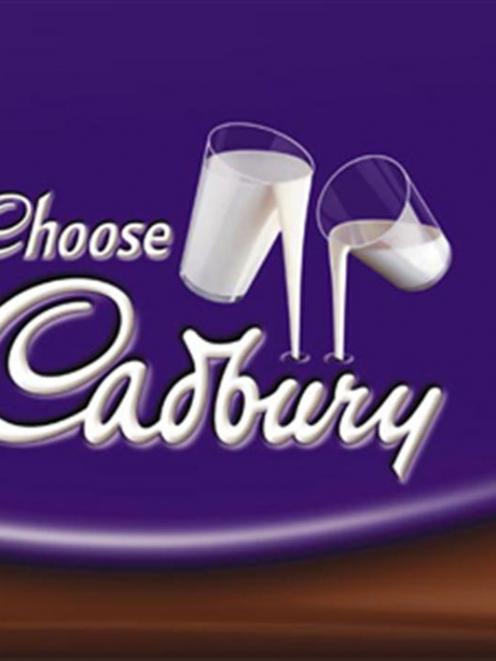 There's more to a bar of chocolate than meets the eye - and with public comment over Cadbury's Dairy Milk recipe, rival Whittaker's has come out swinging with a hard-hitting advertising campaign. Mark Price reports.

New Zealand chocolate maker Whittaker's is taking a dig at multinational chocolate company Cadbury over the make up of its new blocks of Dairy Milk.

Cadbury changed its flagship product in May - most noticeably reducing its size by 50g and altering the packaging.

However, in a new advertising campaign, begun on Sunday, Whittaker's is targeting another of the changes made to the Cadbury Dairy Milk block.

Before the change, the block contained 27% cocoa solids - the ingredient that contributes the chocolate flavour.

Its advertisements directly compare the products of the two competing companies.

Speaking from Whittaker's Porirua headquarters, marketing manager Philip Poole told the Otago Daily Times on Thursday the company was making a point about the difference between its product and Cadbury's.

"They have changed their product quite significantly and we just wanted to communicate to consumers that we are making what we like to consider a cocoa-pure product. Our product only contains pure cocoa butter. We haven't got added vegetable fat in our product."

Mr Poole said it was up to Cadbury what it put in its product but Whittaker's kept its product "cocoa pure" because it believed that was the best way to achieve a premium flavour.

Asked if there was a risk in an advertising campaign that took on a much larger company in such a direct way, Mr Poole said Whittaker's was always competing in a market dominated by multinational companies - including Nestle and Mars.

"We just felt this was a time to really sort of illustrate the differences between the two products."

Cadbury communication manager Daniel Ellis told the ODT yesterday his company was quite open about its use of vegetable fat (mostly palm oil), and vegetable fat was used by other chocolate manufacturers, including Whittaker's in its kiwifruit and caramello products.

Mr Ellis said Cadbury had introduced vegetable fat into its Dairy Milk block to make the chocolate softer and to keep costs down.

Cocoa prices had doubled in the past two years, he noted.

He believed the introduction of vegetable fat "really doesn't impact [on] the taste" and the change in taste noticed by consumers was due to other reasons.

One was the use of a mixture of New Zealand and Australian "crumb" whereas previously all the crumb was New Zealand-made.

Also, a University of Otago study had shown changing the shape and texture of the chocolate could have "some impact" on perceived taste.

"It depends on how much chocolate is delivered throughout the mouth. With a larger square there's more delivery and it's more evenly distributed when you bite into it."

Mr Ellis said the changes to the Dairy Milk block were based on what consumers had told the company they wanted.

ODT group advertising sales manager Paul Dwyer said it was "out there" for a company to run the type of ads Whittaker's was using.

"If you run comparative ads they have to be dead right or you can be in serious trouble."

"For them to come out and physically name Cadbury, that's a big call. There's so much red tape you need to go through to make sure you are comparing apples with apples."