Jaws playing at a cage near you 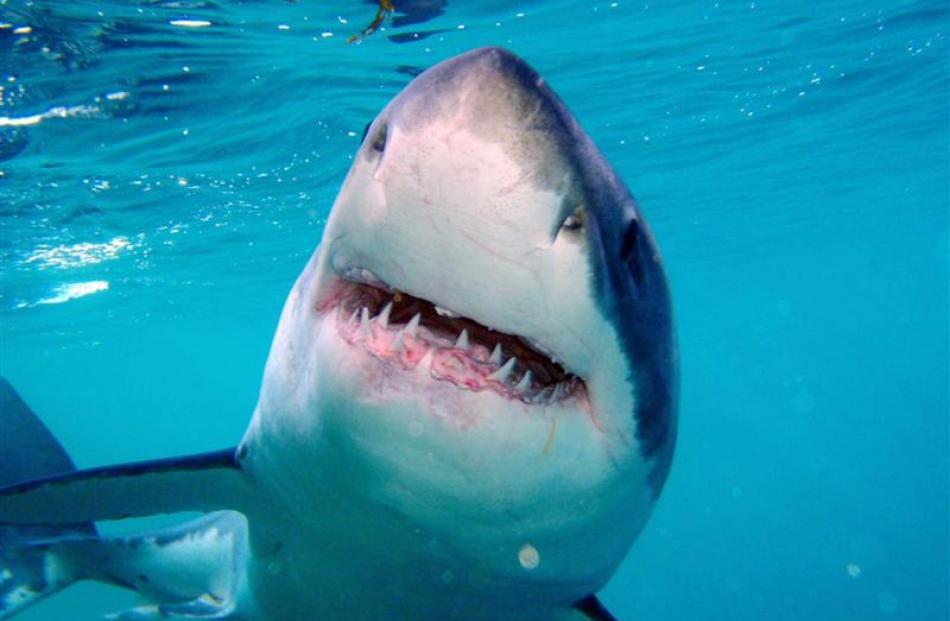 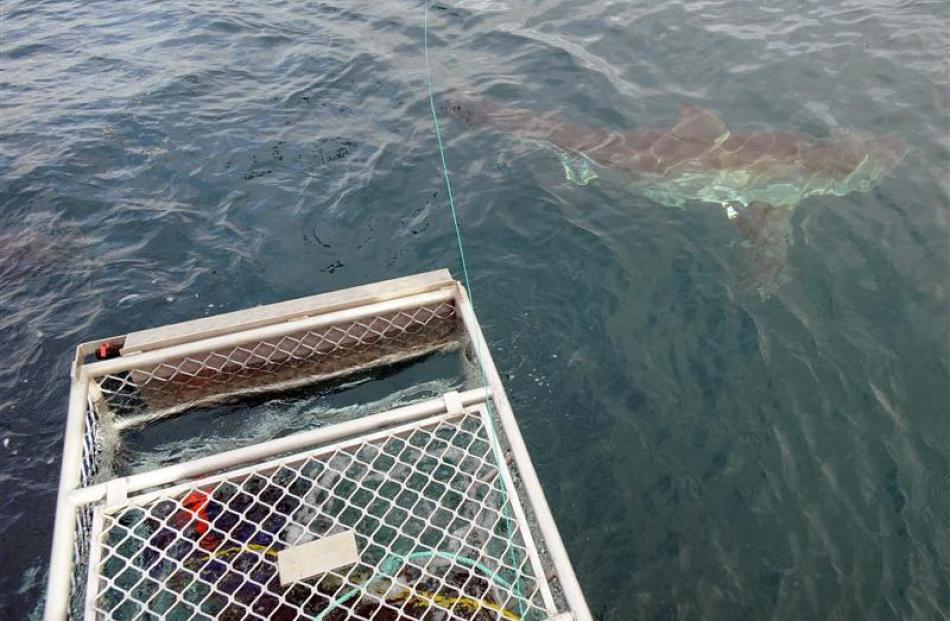 Two divers watch from the cage as a white pointer shark cruises past. Photo by Stephen Jaquiery.

You can dive into shark-infested waters and retain all your arms and legs, but for insurance you should be enclosed in a cage and have a strong heart.

Dunedin fisherman Peter Scott, who last year built a 2m-high, 100kg aluminium cage which he suspends off the back of his Bluff-based fishing boat, has been attracting great white sharks to the Lady Anna, in Foveaux Strait.

While cage diving with sharks is a popular tourist attraction in other parts of the world, Mr Scott's operation is available only for researchers and documentary-makers.

Department of Conservation marine ecologists first used the cage in April last year to tag great whites, not far from where Bluff oysters are dredged. A succession of documentary film-makers have followed, capturing on film this impressive predator in its natural environment.

An invitation to join a North Island underwater cameraman off Stewart Island last week was quickly accepted, although the haunting theme from the movie Jaws rang in my ears as we headed from our craft in an inflatable boat to join Lady Anna.

Its crew had got the show under way by tipping concentrated fish oil into the water, and three white pointers were circling the boat as we approached.

It was heart-in-mouth stuff as we closed the gap. Logic suggested the inflatable would not be tasty; although the patrolling fins reminded me of the rows of razor-sharp teeth lurking beneath the surface.

Scrambling up the side of Lady Anna was quite a relief. We had made it - now to get up close and personal with a great white or two.

Wearing a wetsuit, weight-belt and mask, I slipped off the back of the boat and into the submerged cage. Air was supplied through an aqualung mouthpiece fed through a pipe from the boat.

Above the surface, the crew on the boat could easily guess when a shark approached - an eruption of bubbles hit the surface as my breathing quickened.

Gliding out of the blue murk, a torpedo-shaped white pointer shark with a 200-litre drum-sized head fixed its unblinking eyes on the new chum in the cage, perhaps attracted by the vibration of my pounding heart.

A wide opening on two sides allows camera access. In theory, a shark, perhaps smaller than this 5m monster, could easily fit through this gap, but the pre-dive briefing informed me that sharks cannot bend down and if one did enter the cage, sitting on the floor was the safe option.

For 30 minutes I twisted and turned as the sharks approached from three sides of the cage. One swooped underneath my feet, another straight at the gap. Our eyes locked . . . before it turned away.

Thrilling, exhilarating, daunting. The experience of viewing these awesome creatures in their own environment is hard to describe, but only one word can describe the inflatable boat trip back to our boat - scary!