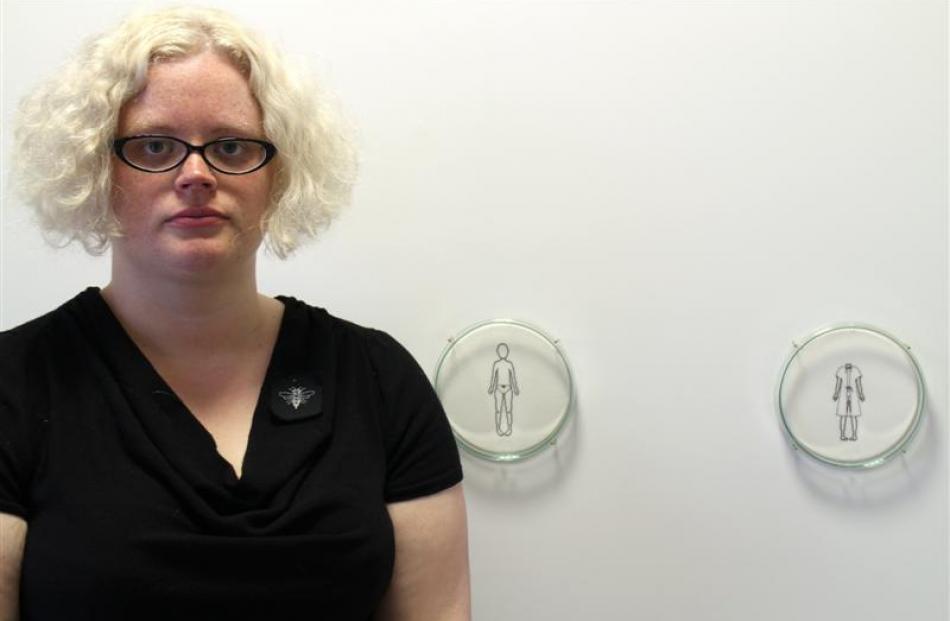 A Dunedin contemporary jeweller is showcasing her work at a German skilled trades fair.

Chelsea Johnson (30), a contemporary jeweller and object maker, said she was ''blown away'' to be exhibiting at Talente, part of the annual International Trade Fair for the Skilled Trades at Gallery Handwerk, in Munich.

''I'd been telling myself it was unlikely I'd be selected, so I wouldn't be too disappointed, so when I got the news I was overjoyed.''

She had travelled to the fair, which ends next week and was networking with artists and curators at the fair and attempting to ''gain a foothold'' for her work in Europe.

Ms Johnson was born in California and had lived in Dunedin since 2005 and completed a bachelor of visual arts degree at Otago Polytechnic's Dunedin School of Art.

She majored in jewellery and metalsmithing but the textile techniques in her work were self-taught.

The pieces she sent to Talente were from a body of work, titled sampler:specimen, which she produced during the final year at the art school.

The work was first exhibited at SITE 2013 - the school's annual graduate show.

''They are very personal, depicting my experiences as a young girl when I developed inexplicable health problems and spent a number of years being shuffled from specialist to specialist before finally getting a diagnosis.''

In the work, she repeatedly embroidered the figure of a young girl becoming more ''exposed and dehumanised ... a faceless medical specimen,'' Ms Johnson said.

She mounted the embroideries in old petri dishes to emphasise the medical nature of the work.

Creative New Zealand senior manager Cath Cardiff said the exhibition was an excellent opportunity for some of New Zealand's best young designers and makers to accompany their work to a large and prestigious European venue.

It was the seventh year, the national arts development agency had supported New Zealand artists and makers with international air fares to Munich and accommodation there, Ms Cardiff said.

This year, Emma Creighton, Melanie Bosma and Dr Witehira Johnson, all of Auckland, were invited, with Ms Johnson, to be among the 99 artists, designers and crafts people, from 32 countries exhibiting at Talente.