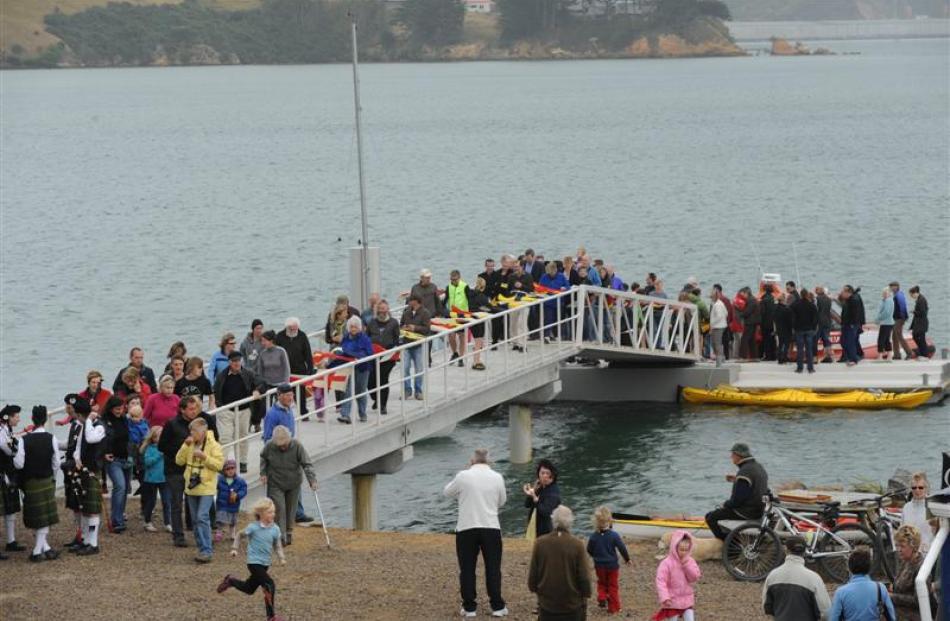 The Portobello Jetty was a reminder of what can be achieved when a community and council work together, Dunedin Mayor Dave Cull said at the official opening on Saturday.

The $382,000 jetty project, first presented to the council for the 2004 draft plan, was a joint effort between Portobello Community Inc, the council and other funding organisations.

"I am sure it will be much loved, much appreciated long into the future," Mr Cull said, before cutting the ribbon to officially open the jetty.

Earlier, he told the several hundred people who attended the opening that "increasingly in the future these types of partnerships will not only be necessary but they will also be desirable".

Other examples of such partnerships include the Regent Theatre, the Blueskin Library, and in the future, "the opening up of the Caversham Tunnel for cycling".

"When a community gets on board and partners up with a council, it shows a commitment that there is a demand, that the community will take care for and look after and take responsibility along with the council for whatever it is we are building."

Requests for an upgrade began when Shem Sutherland, the owner of historic ferry Elsie Evans, proposed using his vessel to begin a ferry service from the jetty.

In 2007, the council voted to support the project.