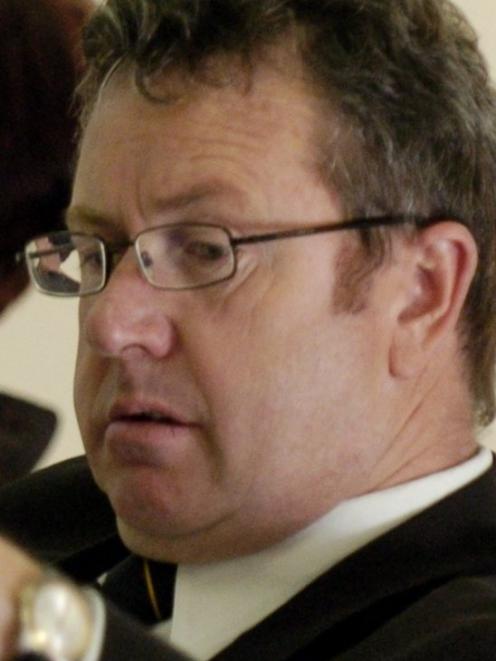 Judge Jeff Smith
Ratepayers face a bill of more than $266,000 for the Otago Regional Council's response to a failed challenge against its Leith Lindsay Flood Protection Scheme - a response which the Environment Court describes as "excessive".

The two men who failed in their appeal of the decision to grant consents for the flood protection works - former Otago Catchment Board engineer John Gillies and former regional council investigations engineer Neil Johnstone - have been ordered to pay only $18,000 in costs by the court.

In his decision on costs, Judge Jeff Smith said there was "little difficulty in concluding that unnecessary costs have been incurred by the ORC ".

It was considered "unhelpful" to impose costs that would be crippling to the individuals.

The judge did suggest the sum might be "sufficient incentive" for people to seek independent legal advice and court-appointed mediation before "obliging others to incur significant costs and exposing themselves to significant orders for costs".

However, he said it was difficult to escape the conclusion that the "council's approach was an overreaction", considering the "fairly obvious" flaws in the engineers' case and that success "may have been achievable for less cost".

"The insistence of answering in meticulous detail each and every issue raised in the appeal . . . was excessive."

Judge Smith did not think it was unreasonable that a local authority would do all that was possible to keep costs to a minimum.

"We are not convinced that all possible efforts were made in this case."

Council chief executive Graeme Martin said it only expected a "modest and small" amount to be awarded, but believed it was necessary to claim costs given its belief that unnecessary Resource Management Act court proceedings should have costs awarded.

"There was never a case to take, so it was important some costs were awarded."

As for the criticism of council's response, Mr Johnstone and Mr Gillies were backed by their qualifications and experience as engineers, so the council needed to be ready to argue every point, he said.

"If we hadn't had enough information, if a surprise was sprung, we couldn't have won the issue.

Ratepayers would have to pick up the rest of the costs incurred as a result of the action, he said.

Given the cost of the scheme was estimated about four years ago at $21.4 million, the cost of the appeal was not great, but the council did not want to "waste" any of those funds.

The case highlighted why concerns existed about the misuse of the RMA, Mr Martin said.

Mr Gillies and Mr Johnstone said in a statement they felt professionally obliged to appeal in the first instance as "primarily we considered that the public would not be protected to the stated standards by the planned works".

"Unfortunately, our overall concerns have not decreased."