Kayakers 'lucky to be alive' 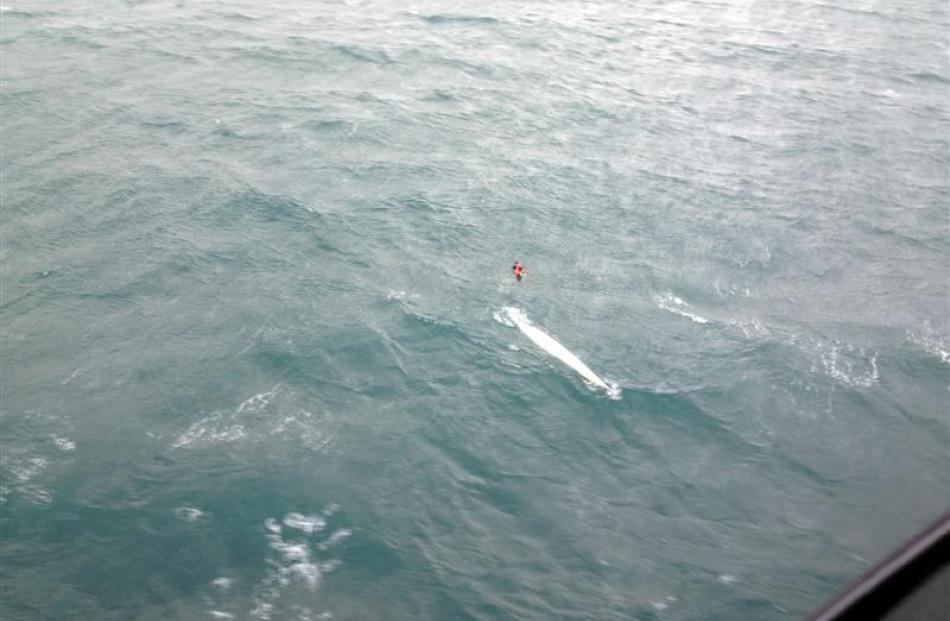 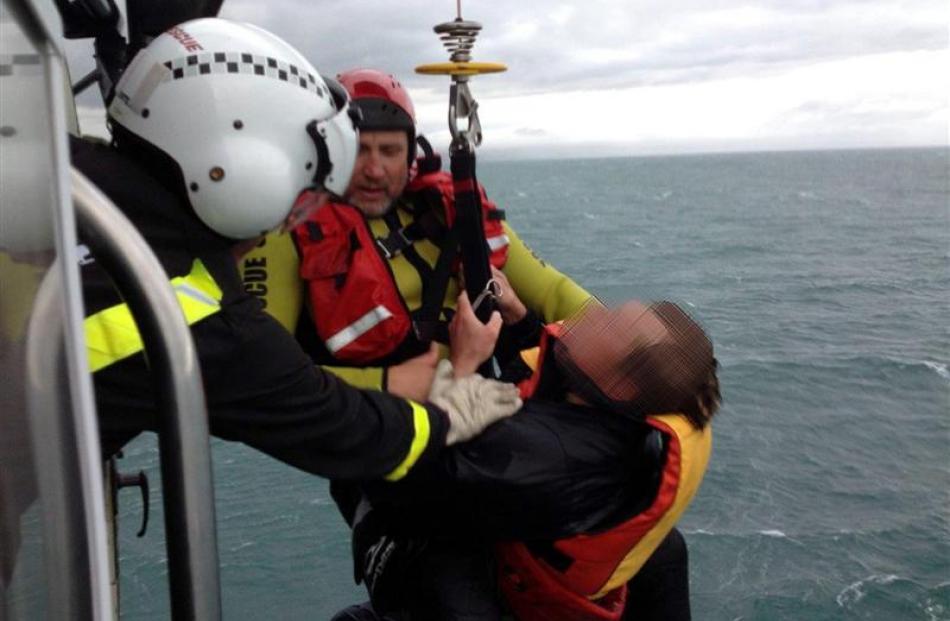 One of two hypothermic men rescued yesterday after clinging to a capsized kayak for up to four hours near Taieri Island is pulled aboard the Otago Regional Rescue Helicopter by intensive care paramedic Ian Ridley (left) and water rescue squad member...

Two men plucked from rough seas near Taieri Island yesterday after clinging for hours to an upturned kayak are ''lucky to be alive'', their rescuer says.

The 26 year olds from Balclutha were winched aboard the Otago Regional Rescue Helicopter about 5pm, after spending nearly four hours in the water near Taieri Mouth.

Both men were suffering from hypothermia and were flown to Dunedin Hospital.

Helicopters Otago owner and pilot Graeme Gale said the pair were ''extremely lucky'' to have been found, as they were drifting about 1km south of Taieri Island, also known as Moturata.

Sea conditions were choppy, with a southerly blowing over 30 knots, and their kayak was ''completely sunk'', making it difficult to spot the pair, he said.

''Luckily, they'd stayed together and were hanging on to the [kayak] even though it was submerged in the water.''

They were spotted by intensive care paramedic Ian Ridley as the helicopter made a sweep south of Taieri Island. They ''weren't in super good shape at all'' when winched aboard the helicopter, Mr Gale said.

''It would've been a bad spot to be in for the night. These guys had spent over four hours in the water. They'd really had long enough in the water, definitely.

''These guys are probably very lucky to be alive tonight, for sure.''

The kayakers were understood to be a Balclutha man and a farm worker from Europe who is living in the town.

The pair had set off from Lake Waihola to kayak down the Taieri River towards Taieri Mouth, but when they failed to make any contact by 3pm, the wife of one of the kayakers raised the alarm, he said.

Both men were wearing life jackets, but had been unable to right their overturned kayak after it was swamped shortly after they crossed the Taieri Mouth bar about 1pm, Snr Sgt Benn said.

Police initially launched an on the water search, ''but decided to escalate it with all the bad weather coming'', Snr Sgt Benn said.

Mr Gale praised the work of his crew, saying the kayakers were ''extremely lucky'' to have been spotted within 15 minutes of the helicopter's arrival at the scene.

He had almost completed a sweep around Taieri Island, and would likely have then focused on areas further north, because of the prevailing conditions.

''They were off the southern side of the island, and it's probably not where I would have gone and searched if the search had've carried on.

''It's probably one of the luckier ones [rescues] I've seen for some time.''

A Dunedin Hospital spokeswoman said last night both men were in a stable condition.