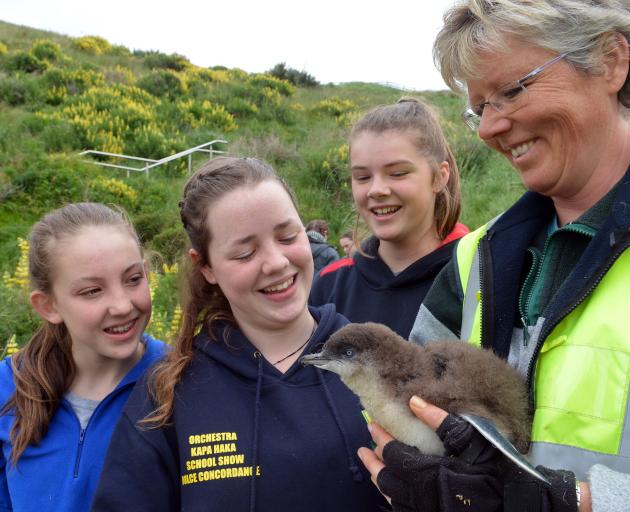 The pupils on Tuesday helped tag about a dozen 5-7-week-old chicks with radio frequency identification tags at Pilot Beach, near Dunedin. The chicks are expected to start to fledge in three weeks.

Both the pupils and the penguins appeared relaxed about the encounter, Mr Langsbury said.

''The penguins were surprisingly more relaxed about it than we would have thought.

''They didn't even flinch when the tag went in.''

The chicks were moulting at the time, which made inserting the tags easier, he said.

The trust would tag a further 200 chicks before Christmas.

One hundred and fifty-seven little blue penguins, about half of the Pilot Beach colony, had been tagged by the trust and he hoped the remaining birds would be tagged by the end of next year.

''What that will tell us is who is coming home, when and how frequently.''

The trust was in discussions with ChronoTrack Systems Asia, the organisation which developed checks in the tracking system for the Boston Marathon, he said.

''That would mean a mat could go down where they come in each night and 100 penguins could be checked in each minute.''

The project was funded by the Otago Participatory Science Platform and the trust was applying for more funding so high school pupils could be involved in similar research next year, he said.

In future, the trust would provide conservation data to Dunedin high schools so it could be used in relation to statistics and scientific studies.