A separate bin for food scraps and potentially another for green waste could feature in Dunedin City Council’s next kerbside rubbish and recycling scheme.

Councillors favour a four-bin set-up — rubbish, recycling, glass and food scraps — and households may opt for a fifth bin for green waste.

But councillors are worried about lack of incentives for households to minimise their waste output and lack of reward for those who do their own composting.

Despite their concerns, they voted 14-1 for the four- or five-bin option being their preference, before community consultation about the scheme next year.

The next contract for kerbside collection is due to start in July, 2022.

One certainty is the official black bags for rubbish are on their way out. 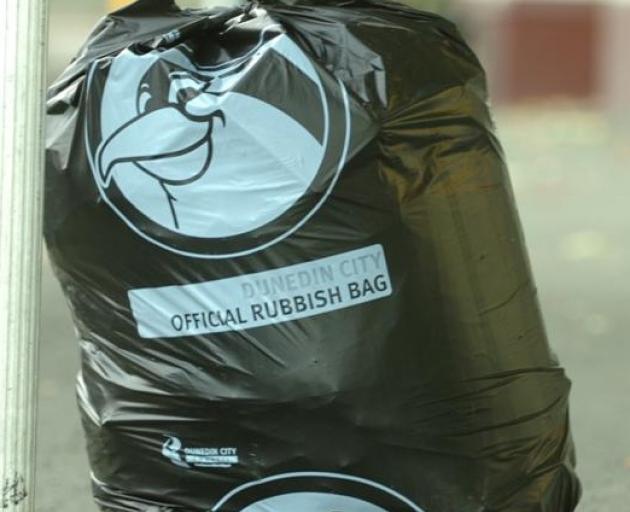 Only about 25% of Dunedin households were using them anyway and many people preferred to get private contractors to take their rubbish instead.

The council has rejected the status quo as a starter in discussions.

The nearest thing — a three-bin system for rubbish, recycling and glass, and no separate service for food scraps or green waste — will be presented as an alternative option in the consultation.

Cr Jim O’Malley said asking residents to sort their rubbish and recycling in four or five bins would get better results overall.

Attempts to change behaviour through user-pays models had little impact, he said.

Cr Lee Vandervis — the only councillor to vote against up four or five bins per property — said the favoured system was expensive and complicated.

He believed recyclables were often "expensively collected and then not recycled as people imagine".

Cr Steve Walker was one of several councillors worried about lack of signals to encourage minimising waste, but who supported the four- or five-bin option.

"How do we as a council justify people who reduce their waste being asked to subsidise those who won’t or haven’t made an effort?"

Cr Mike Lord was concerned that people who produced little rubbish would incur too much of the financial burden.

If the favoured option was implemented, households could be expected to pay between $270 and $310 a year in a targeted rate and an optional garden waste service would add $140 to $180.

The council’s estimated initial capital spend would be an estimated $20.6million.

If residents preferred the three-bin system, that would drop to $9.9million.

Councillors are due to consider funding options early next year.

There was lack of certainty at the meeting that the council would have all of the system — including a composting facility — ready to go by the time the contract started.

Also, the council did not specifically ask people why they preferred to use private contractors.

Cr Chris Staynes said, in his case, he had "lawn clippings coming out of my ears" and collection of green waste prompted him to use a private bin.

Cr Walker said too much packaging was produced, particularly by the fast-food industry.

I live in a small place up a set of steps. The last thing I want is a whole bunch of council bins cluttering up the place, never mind schlepping them up and down the stairs. And I could do without another rates increase!