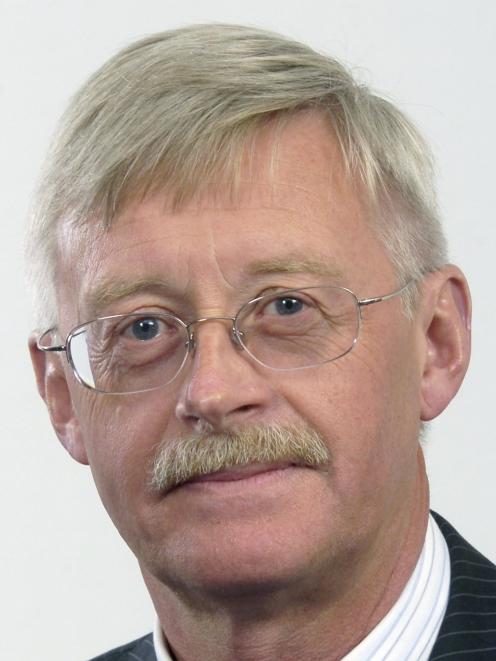 Chris Staynes
This year's $160,000 Dunedin City Council industry project fund budget will be allocated to the conveners of the eight headline projects outlined in the Economic Development Strategy (EDS) instead of other Dunedin companies.

Funds are usually granted to groups of Dunedin businesses working on projects to bring some economic benefit to the city. However, councillors decided earlier in the year to allocate the fund to the lead projects, to give the strategy a kick-start.

Normally, councillors would sign off the grants in two rounds a year, but to expedite the process they last week agreed to delegate responsibility for the allocation of the remainder of the 2012-13 year fund to council chief executive Paul Orders, EDS steering group chairman Cr Chris Staynes, and finance, strategy and development committee chairman Cr Syd Brown.

The conveners of the key projects are the Chamber of Commerce, University of Otago, Otago Polytechnic, Otago Southland Employers Association, and the Dunedin City Council.

Cr Staynes said the move was only a temporary measure to pick up on existing momentum and kick-start the eight projects.

Next year, when project plans and budgets were known and funding could potentially be built into the annual plan, the fund would return to being used for usual purposes.

Progress was already being made on the projects and initial plans, timelines and budgets were expected by the end of the year. Plans were already identifying the need for additional funding beyond the means of the convening organisations, Mr Staynes said.

The council was keen to help out how it could and was aiming to get the first eight projects off the ground as quickly as possible. By the time the annual plan came around next year, there should be a good understanding of what work needed to be done, Mr Staynes said.

"For the first time we have major organisations in our city, of their own volition, using their own resources to work together to improve the economic development of the city." Cr Teresa Stevenson asked that councillors receive reports by those chosen to make grant decisions.

Cr Jinty MacTavish noted there were likely to be other businesses in the city that could also contribute to achieving the goals of the EDS, and said she looked forward to discussing at annual plan time how they could be involved.

Cr Andrew Noone said he approved as the council needed to "walk the talk" with the other parties involved and show its financial commitment to making these projects happen.

• Marketing Dunedin - one marketing agency for the city (DCC)