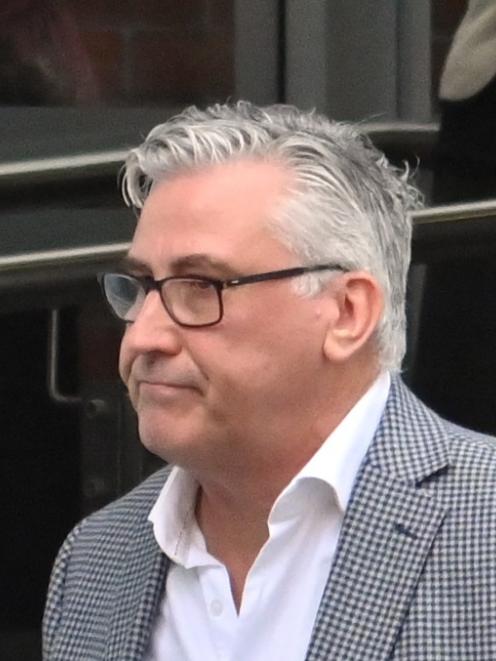 Barry Kloogh. PHOTO: LINDA ROBERTSON
Shamed financial adviser Barry Kloogh’s decision to appeal his sentence for stealing more than $15 million from his clients shows his lack of remorse for his crimes, some of his victims say.

In July, Kloogh (57) was sentenced to eight years 10 months’ imprisonment on multiple theft and dishonesty charges which stemmed from misappropriation of client money to fund the Ponzi scheme his firm, Breathe Investments, was.

Kloogh, who had a minimum non-parole period of 5 years and 4 months imposed, had earlier pleaded guilty.

At his sentencing, Kloogh sat silently through six emotional victim impact statements before being admonished by Judge Michael Crosbie for what the judge called an unconscionable crime among the worst of its kind.

The Ministry of Justice confirmed yesterday that Kloogh had lodged an appeal against the sentence, to be heard in the High Court at Dunedin in December.

Karyn Churcher, one of the investors who spoke in court, said that was disappointing.

"Particularly after meeting with so many victims, and hearing the victim impact statements in court, he has not been able to hear or acknowledge the huge impact that this has had on people’s lives, their futures or their family’s futures," Mrs Churcher said.

She and her late husband Chris lost just over $700,000 they had lodged with Kloogh, who had told Mr Churcher on his deathbed that his widow would be provided for thanks to their investments.

"I felt the sentence was a fair one," Mrs Churcher said.

"People wanted more but the judge is bound by the law, so why does Barry feel that he should not serve this time as a consequence of his actions?"

Vanya Thurston, co-ordinator of the Breathe Investors support group was not surprised Kloogh had decided to appeal.

"I just think it shows his arrogance and lack of remorse," she said.

The group was still working through the liquidation process of Kloogh’s companies, although it appeared there would be little more money available for his clients to reclaim, Ms Thurston said.

Lawyer Geoff Mirkin, one of several professionals helping the victims on a pro bono basis, also said the appeal was not a surprise, as Kloogh’s defence was funded by legal aid so he had nothing to lose.

"People are going to point at him and say there goes that horrible man who stole all those people’s money, they’ll just start saying it earlier."

At sentencing, Judge Crosbie agreed with the Crown on a 13-year starting point for Kloogh’s prison term, and applied a discount to that for Kloogh’s early guilty plea, as well as modest deductions for his co-operation with investigators and for participation in restorative justice meetings with 13 investors.

He would have done better to give the money back, do the time and move away when released.