A move to Dunedin has taken former lawyer and journalist Ingrid Leary in an unexpected direction with her confirmation as Labour's candidate for Dunedin South in this year’s election.

Ms Leary triumphed in a field of three nominees for the seat being left vacant by the retirement of Clare Curran. Rachel Brooking and Simon McCallum were the unsuccessful candidates.

"There were three strong candidates. We each had advantages and disadvantages as to what we could offer the role, and I really admire the dignity with which the three of us conducted ourselves and the campaign," Ms Leary said.

"It was like a pressure cooker personal development course ... I’ve never done anything this intense before, and I felt even if I wasn’t selected it would have been a thoroughly worthwhile journey for what I got out of it." 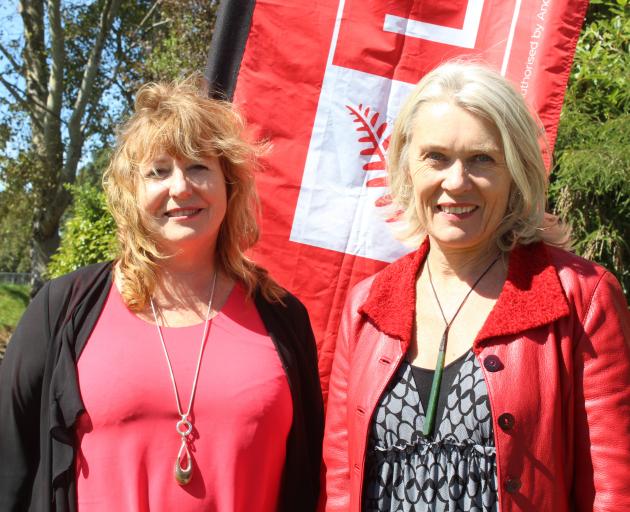 Ms Leary (52), a mother of three, was director of the British Council New Zealand for the past 11 years.

"That was really exciting and I learned a lot of skills from that, and I felt that with other things I had done such as law and advocacy journalism, that it was time to give something back to the community," Ms Leary said.

Ms Leary and her family moved to Dunedin last November.

"A number of factors came together which made it an ideal opportunity to look at taking the baton on from Clare if I was lucky enough to be chosen to do that," Ms Leary said.

Should they all be elected, Ms Leary will join three other former broadcasters — Kris Faafoi, Willie Jackson and Tamati Coffey — in Labour’s caucus.

Ms Leary said Ms Curran stayed well away from the candidates during the selection process; she was looking forward to working closely with her now.

"I am now going to learn how to fill the big boots she will leave as the electorate MP, so I will be spending quite a bit of time with Clare learning the ropes, because she has been a quite extraordinary electorate MP."

"I am fiercely proud and devoted to Dunedin and Dunedin South, so it’s painful to leave that behind," she said.

"But there was a field of three strong candidates and now the decision is made, I’m determined to provide Ingrid with all the support and encouragement I can as she takes on the mantle.

"Ingrid is a strong communicator and overall a tenacious person who understands and embodies the values of the people who live and work in this important electorate."

Labour also confirmed its candidates for Invercargill and Waitaki this weekend.

Invercargill list MP Liz Craig will stand again in a seat where she polled more than 12,500 votes in finishing second in 2017.

Dr Craig said she believed she could overhaul National’s 5579 majority.

"The Government has done a lot for Invercargill, particularly with the winter energy payment and provincial growth fund investment," she said.

"However, there is still a lot more left to do."

Southern Young Labour chairman Liam Wairepo, a University of Otago student, will be the party’s candidate in Waitaki, a safe National seat held by Jacqui Dean.

So, labour and the unions that fund labour, decide on a Dunedin south candidate that has only lived here for 3 and a bit months?
I knew labour were out of touch but surely this is going to be a bridge to far for all but the tribal labour vote

Unions fund Labour? How? What unions? You may be living in the Seventies.