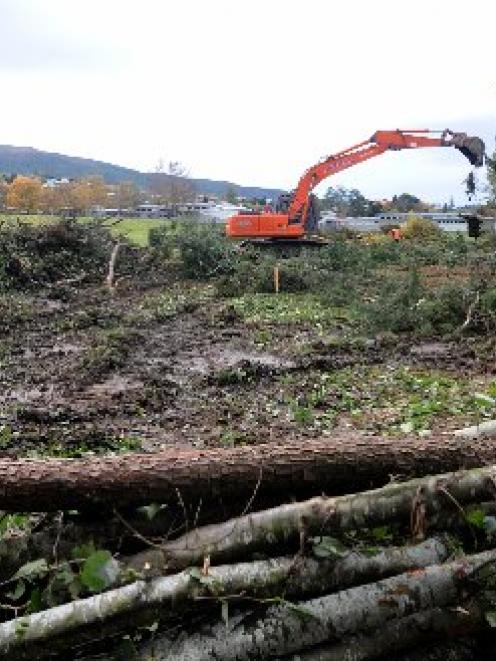 Summerset at Bishopscourt, on a 1.9ha residentially-zoned site behind Shetland and Chapman Sts, in Kaikorai, is a $60 million development. Its construction to be staged over seven years.

Earthworks have started, construction of the first 30 townhouses was due to start before the end of the month and the first residents were expected to be in their new homes by the end of the year, Summerset Group chief executive officer Norah Barlow said.

The village gained Dunedin City Council resource consent last year, but Summerset has applied to vary the consent, partly in response to neighbours' concerns about the bulk and height of two large buildings approved last year.

Council staff supplied a copy of the amended application to the Otago Daily Times this week.

One of the two large buildings would not be built, Summerset's planning consultant Allan Cubitt said in the application.

Instead, a variation was being sought to build 30 more townhouses, including some larger three-bedroom units. That was in response to a new trend in the market where elderly couples were seeking units which would provide them with a bedroom each, plus one guest room.

It was likely the remaining large building, housing the rest-home, administration area and apartments, would be reduced in height, but Mr Cubitt asked that the maximum height be kept at 9.3m above ground-level because it was not yet known how much excavation would be required on site.

The total number of units on site would reduce from 164 to 141, the aplication said.

The removal of one of the large buildings significantly reduced the overall bulk of the development, but meant site coverage increased from 35% to 41.4%.

Mr Cubitt said council staff had been concerned the construction of more townhouses would reduce the amount of open space on the site, something which could have an adverse effect on amenity values.

As a consequence, Summerset commissioned a landscape architect to assess the effect.

His view was that the removal of the large building would benefit neighbours overlooking the site and that the construction of townhouses would preserve the residential scale and character of the area.

Council resource consents manager Alan Worthington said the variation was being processed and no decision had been made yet.

The variation did not stop the company from beginning earthworks or stage one of the project, as consent had already been approved, he said.

The village will be Summerset's 15th in New Zealand and the second in the South Island.

The company had begun recruitment in Dunedin for a sales manager and a local construction manager, Mrs Barlow said.

Sales would begin once the village plans had been finalised, but she said the company had seen "high demand" already from Dunedin and across the South Island, particularly Christchurch.