Landfill fees to jump due to cover levy 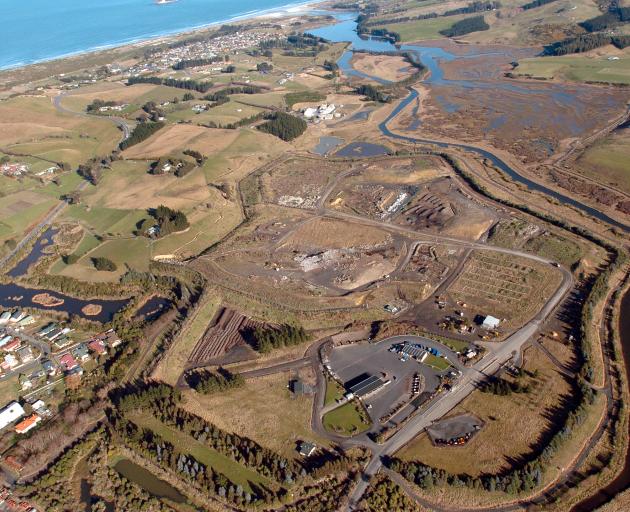 Green Island rubbish tip. PHOTO: ODT Files
Some fees at Dunedin’s Green Island landfill seem set to rise significantly from July because more of the operation is to be captured by a government levy, after an audit.

A rearrangement is needed because a waste disposal levy that raises revenue for initiatives designed to reduce waste and encourage resource recovery will probably apply to the soil used daily to cover rubbish.

The government levy itself, for all waste dumped at landfills, is moving from $20/tonne to $30/tonne.

Applying it to the daily cover material — which appears to be required after a Ministry for the Environment audit — would stretch that fee from $5 a tonne to $40 a tonne, a 700% increase.

The ministry required ‘‘corrective actions’’ after an audit in November and the council would respond by applying the waste disposal levy to the cover material, a report to a council meeting this week said.

Changes to fees and charges because of the waste levy expansion would be from 4.7% to 700%.

Dunedin City Council waste and environmental solutions group manager Chris Henderson said staff were working with the ministry to understand the implications of the audit.

A conservative approach was taken for draft 2022-23 budgets, he said.

More information would be received before annual plan deliberations in May.

Changes proposed to fees and charges because of the Emissions Trading Scheme range from 4.1% increases to 25%.

People dumping clean fill could be stung for fee rises of 350% and for rubble, a 175% rise.

The charge for general solid waste at the Green Island transfer station per 50kg will go from $10 to $11.

Household chemical and gas bottle charges are among those not being adjusted.

What an excellent way to encourage fly tipping.

Depending where fly-tipping occurs, the cleanup may come out of a different budget. If DOC* pays, DCC's $$ figures look good. GREAT!!! except that whether the money comes from DOC from central govt from us via taxation and levy on local govt, or DCC via rates on our or landlord's property and fees for permits and anything they can think of charging for, we're paying. You, me, the bald guy down the road and the woman with the world's plainest twins.
*DOC's current fly tipping problem

Yet the DCC proposes to charge household rubbish collection based on house value rather than weight/volume. Under the proposed charges a frugal single pensioner in St Clair could be charged more than a four person flat in South Dunedin that generated twenty times more rubbish.

Interesting correlation- incompetence of Council decisions has gone up 700% in the last couple of years too.