The Accident Compensation Corporation's relationship with the firm it has contracted to review ACC decisions is ethically wrong and may turn out to be legally wrong as well, a leading ACC lawyer says.

On Saturday, the Otago Daily Times reported Dunedin ACC lawyer Warren Forster saying he could not recommend clients take disputed claims about injury cover to review because of concerns the process was not independent. 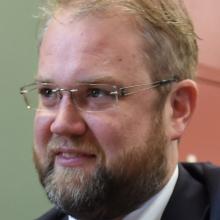 ACC says while the contract may give a perception of a conflict of interest, FairWay is an independent entity.

Wellington lawyer Hazel Armstrong weighed in on the dispute yesterday with a strongly-worded letter to FairWay, a copy of which has been given to the ODT.

Revelations of the relationship between FairWay and ACC - including copies of feedback from the corporation to reviewers - had compromised the integrity of the process, Ms Armstrong wrote to Bernard Lock, FairWay's client director.

``I am deeply disturbed by the revelation that FairWay receives the minutes of the weekly ACC review panel meetings which considers individual review decisions, and follows up certain review decisions at a monthly ACC/FairWay meeting,'' she said.

``I can accept that there should be quality discussions at a high level, but to find out that you are discussing individual decisions and feeding back ACC's thoughts on the individual decision directly to the reviewer is ethically wrong.

``It may turn out to be legally wrong as well.''

FairWay chief executive Rhys West said it had received a copy Ms Armstrong's letter and was in the process of responding.

``There are several factual inaccuracies which our response will address,'' Mr West said.

``Needless to say, all FairWay customers can have complete trust and confidence in the independent service we provide.''

Ms Armstrong said the arrangements between the two organisations meant FairWay would discuss feedback directly with the reviewer involved on each occasion.

Cases which required more discussion would be put on the agenda for monthly operational meetings between FairWay and ACC.

``Whether deliberate or not, this intervention by FairWay has the potential to influence the pattern of decisions in ACC's favour,'' she said.

The feedback communications between ACC and FairWay were released under the Official Information Act last week.

Ms Armstrong said she had never received any feedback information from ACC when she had asked it for a full file, and she believed she should have.

``The complete failure to give any insight into these communications on an individual file, when we have asked for disclosure, appears deliberate,'' she said.

``It places lawyers such as myself who have believed in the independence of the process in a challenging position about what I advise clients about FairWay's independence.''