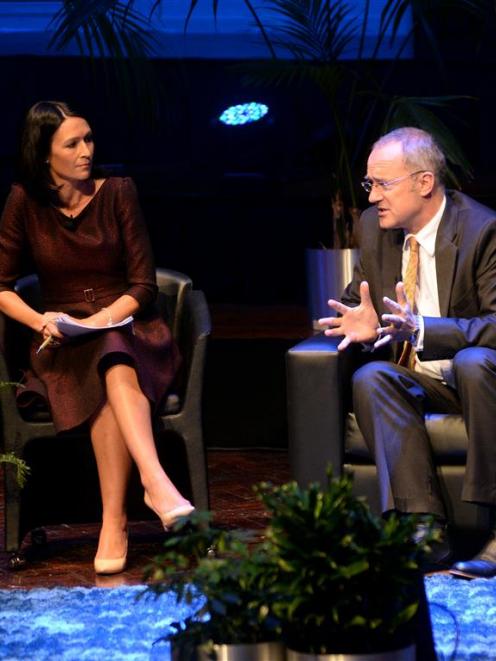 The Te Atatu MP mooted the idea during his keynote address to the New Zealand Planning Institute's annual conference in Dunedin yesterday.

The low-lying suburb is plagued by the threat of rising groundwater, coastal erosion and poor housing stock.

Labour's proposed KiwiBuild scheme would flood the market with new high-quality affordable homes and it would benefit not only Auckland, where the housing crisis was most pronounced, but also areas such as South Dunedin, where housing stock was cold and outdated, he said.

He suggested the formation of an urban development authority to manage the government's urban property portfolio and a "master planned'' approach to collaborative urban renewal involving central and local government and the private sector.

Speaking to the Otago Daily Times after his address, he said it was "way too early'' to speculate on whether South Dunedin's issues meant the area needed to be abandoned or whether the government could step in to save it.

At the conference on Wednesday, parliamentary commissioner for the environment Jan Wright said South Dunedin presented the "most troubling example'' of high groundwater levels in the country and the area also faced issues of rising seas and coastal erosion.

Mr Twyford said the Government needed to investigate the appropriate measures to take.

"There's a whole process to go through in South Dunedin about the future of this community that needs to consider the science, the housing and the economy,'' he said.

"I'm not leaping to any conclusions ... but what I do believe is what's needed is leadership that gives people in this community confidence about the future.''

The party had not produced specific numbers around the policy, its cost or how it would be rolled out, Mr Twyford conceded.

"It's the sort of policy a government would have that was being fiscally reckless,'' he said.

He believed the ongoing programme of improving existing stock through retrofitted insulation was more cost-effective and the Government had introduced another Bill to Parliament that would further enhance the protections afforded to renters by setting minimum standards.

"We are giving my ministry the powers to better enforce some of the other requirements around dampness, safe electrical fittings and so forth,'' he said.

"We think that will make quite a material difference.''

He did not have any comment to make on the issues facing South Dunedin, but said, "The Government is up to having conversations with local government.

"I haven't had a conversation with Dunedin specifically at the moment.''

Dr Wright's report - Preparing New Zealand for Rising Seas - said high water levels in Dunedin, which were one-in-100-year events at present, could be expected every two years if the sea level rose 30cm.

A 30cm rise was the minimum expected over the next 50 years and much of South Dunedin was 50cm above sea level or less, she said.