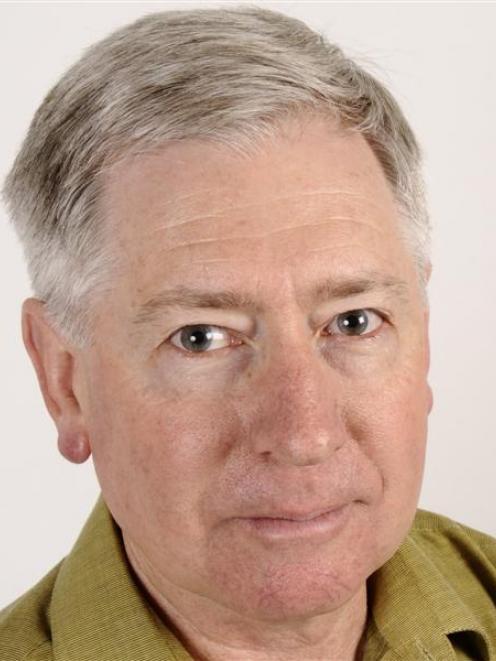 Bernie Hawke
The Dunedin City Council could shed more jobs as part of a shake-up of the city's library services, it has been confirmed.

Council library services manager Bernie Hawke said he was consulting staff over the results of an external review, which recommended changes within the organisation.

The report's recommendations could lead to job losses in some areas, but also new opportunities in other areas, and no ''significant'' impact on service levels was expected, he said.

It was not yet clear which recommendations would be implemented, but some changes were expected later this year. Overall staff numbers were expected to drop, in line with the trend downwards across the wider council structure, he confirmed.

''Some areas may grow. Other areas may contract. It's sort of just a normal organisational evolution, really.''

Dunedin Public Libraries Association president Merle van de Klundert said yesterday she had not read the report, but was nevertheless ''very upset'' by the move, which she feared could erode library services.

''Libraries need qualified staff but they also need people that work on desks.

''If this scenario is going around libraries it's disastrous for the whole librarians profession and also for the libraries.''

The news comes as the council's overall staff count continues to sink, most recently with the announcement earlier this month 30 jobs within the council's water and waste services unit will be transferred to a contractor.

It also comes as the Queenstown Lakes District Council considers a proposal to cut staff numbers at the Wanaka library.

The report by an outside professional librarian was commissioned in the middle of last year and completed in August, but Mr Hawke would not name them or release a copy of the report.

Instead, Mr Hawke said he had been studying the findings since then, and consulting with staff, who had been given until the end of the month to share their views.

The report recommended changes to boost efficiency, improve services and cut costs across a variety of areas, he said.

The libraries service was not yet committed to the report's recommendations, and it was not expected all would be adopted, but the document was intended to be ''a bit of a catalyst for change'', he said.

One recommended change had been the introduction of radio frequency technology to improve service levels and efficiency, which earlier this month was brought forward to the 2013-14 financial year.

Mr Hawke said that would mean a reduction in staff of ''three to five'' FTE positions in that area, achieved through attrition.

''Through that technology we'll not only be operating more efficiently, but we'll be providing a better range of services to the community and, over time, operating at reduced cost.''

However, the overall impact of all recommended changes on the libraries' headcount had not been quantified.