Life on the road is a different city every day 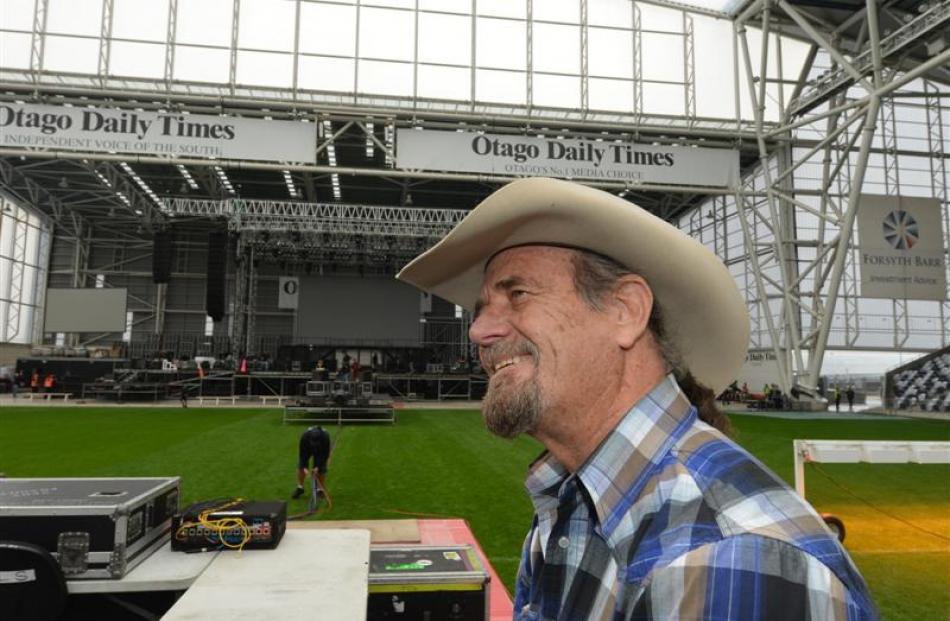 Forsyth Barr Stadium looked as if it was being prepared for an extraterrestrial convention yesterday.

A stage set-up, which the promoters say will be the largest used for a concert in the South Island, filled the Otago Daily Times Stand yesterday.

''This is good old rock'n'roll. It's a show people shouldn't miss. The band really gets out amongst it and has a good time,'' veteran United States production manager Chris Lamb said yesterday.

''Aerosmith were always regarded as the American Rolling Stones. Steven Tyler is like Mick Jagger and Joe Perry is like Keith Richards.''

Mr Lamb (62) has been touring since 1972, with acts such as the Beach Boys, Michael Jackson, Queen, Madonna, Rod Stewart, Abba and Coldplay.

''It's a hard life, but an interesting life. I've been around the world a few times and every country has something interesting. I'm on the road six months of the year and it's a different city every day, which can be difficult. It's an industry that has a high divorce rate. It's not a job; it's a lifestyle.''

The stage for tonight's concert extends 12m into the audience and includes three big screens and a lighting rig involving more than 400 instruments.

It will be the first time the best-selling American rock band, with more than 150 million album sales worldwide, has performed in New Zealand.

The six-hour event is part of the third leg of Aerosmith's ''Global Warming Tour'' to promote the band's 15th studio album, Music From Another Dimension!, which was released in November.

Promoters originally hoped up to 40,000 would attend the concert, but were now expecting ''between 18,000 and 20,000'', spokeswoman Jackie Sanders said yesterday.

''The north and south stands are 90% full and there will be another 6000 fans on the pitch in front of the stage. We've got a lot of people coming from places like Invercargill and Gore. In fact, there are more coming from Invercargill than Christchurch,'' she said.

''It will be a great show. The barriers are really close to the stage, because Steven [Tyler] likes to be able to reach out and touch the crowd.''